Treatment-induced amenorrhea reduced relapse risk by about 44% for women under age 40, reported Michael Gnant, M.D., of the Medical University of Vienna at the San Antonio Breast Cancer Symposium here.

The results suggest a greater role for ovarian suppression in this population, he said.

"For premenopausal patients with endocrine-responsive disease who do not experience treatment-induced amenorrhea during chemotherapy, additional ovarian suppression may be advisable," Dr. Gnant said.

The study included 1,099 initially premenopausal women with estrogen or progestin receptor-positive stage I or II breast cancer. After surgery, they were randomized to ovarian ablation with 3.6 mg of Zoladex (goserelin) every 28 days for three years and 20 mg of tamoxifen daily for five years, or to six cycles of 600 mg/m2 of Cytoxan (cyclophosphamide), 40 mg/m2 of methotrexate, and 600 mg/m2 Adrucil (fluorouracil) intravenously on days one and eight.

The patients (mean age 45.3) typically had a good prognosis at baseline (50% node negative, about 30% HER2/neu positive). Amenorrhea, defined as no menstrual periods from treatment month three to six or beyond, occurred among 76.7% of patients overall (100% of the ovarian ablation group and 53.1% of the chemotherapy group).

The researchers reported that while those who had amenorrhea had a significant 10% higher relapse free survival at 10 years, the effect decreased to borderline significance at 11 years (P=0.02). The overall survival showed a similar trend with a 3.5% difference maintained to 10 years then lost (P=0.26).

The significance of these findings may have diminished as women became menopausal during the long follow-up, commented Eric Winer, M.D., of the Dana-Farber Cancer Institute in Boston, who was not involved in the study.

The findings supported this speculation, as the benefit for amenorrhea appeared to be entirely accounted for by the youngest women. For the chemotherapy group, the researchers reported:

The results were unaffected by hormone receptor status, but women with HER2/neu-negative tumors appeared to get more benefit that those with HER2/neu overexpressing tumors (recurrence free survival P=0.013 versus P=0.31 between groups for HER2/neu negative and positive, respectively).

Although Dr. Gnant said the data has not yet been examined for duration of amenorrhea, a significant proportion of the women did not resume menses. Other studies have found women in their 30s may have about a 50% chance of resuming menses after chemotherapy if they have treatment-induced amenorrhea while women in their 40s may have only a 20% chance.

However, he said that he would suggest considering only temporary ovarian suppression if women continue to have their period during chemotherapy.

"We are not talking about inducing unnatural menopause in a 30-year-old woman," he said. 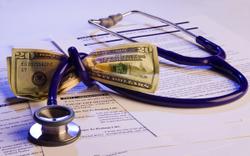