The authors present a case that demonstrates the diagnostic challenge of mediastinal tumors. They describe the clinical presentation of a patient who had a central endobronchial tumor that was identified as a primary mediastinal spindle cell neoplasm.

A 69-year-old woman presented with shortness of breath that had progressively worsened over a few weeks. She also complained of a dry cough. She had no fever, chills, chest pain, orthopnea, leg swelling, or wheezing. She had no previous medical history and was a lifelong nonsmoker.

Findings from the physical examination were unremarkable. A chest radiograph obtained at an outpatient clinic showed a right perihilar density. Empiric broad-spectrum antibiotics were given for presumed community-acquired pneumonia. Despite antibiotic treatment, her symptoms worsened over the next few months. This led to further evaluation by CT, which revealed a small mediastinal mass.

Bronchoscopy detected an endobronchial mass in the right main bronchus. Biopsy specimens were obtained, and the analysis showed sheets of Aspergillus species. There was no evidence of malignancy. A course of voriconazole was initiated on an outpatient basis.

The patient did not respond clinically to a 30-day course of voriconazole and was admitted to the hospital for persistent shortness of breath, weight loss, and generalized weakness. A repeated chest radiograph showed complete collapse of the right lung (Figure 1). Bronchoscopy showed complete occlusion of the right main bronchus. Biopsy of a specimen obtained during bronchoscopy revealed necrotic and granulomatous tissue with no evidence of Aspergillus or malignancy. A CT scan of the chest showed a large mediastinal mass with complete collapse of the right lung.

The patient's clinical condition worsened, with respiratory failure requiring transfer to the ICU and mechanical ventilation. Another attempt at biopsy was made via CT-guided fine-needle aspiration. Pathology demonstrated a small blue cell/spindle cell neoplasm (Figure 2). A diagnosis of poorly differentiated malignant sarcoma was made. The tissue stained strongly positive for vimentin, which confirmed this diagnosis.

Given the diagnosis, limited treatment options, and the patient's poor clinical condition, she was treated with comfort measures and ventilator support was discontinued. The patient subsequently died.

Mediastinal masses pose a diagnostic challenge for a variety of reasons. The literature mostly consists of anecdotal case reports, and no specific guidelines exist for diagnosis or management. The relative rarity of cases, combined with the number of organ systems within the mediastinum, represents the most significant challenge.

Burt and associates5 reported that the median age of patients with mediastinal sarcoma was 39 years, with a 1.6:1 predominance of males. Spindle cell sarcoma represented the second most common (15%) of several sarcomatous tumor types. They also found that the overall 5-year survival rate was 32%.

As noted above, there are no specific guidelines for treatment. Surgical excision is the primary treatment modality, although chemotherapy has been used as adjuvant therapy.6 Despite surgical excision, local recurrence rates have been shown to be 64%.4 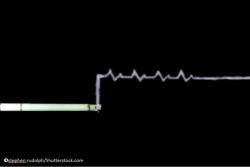 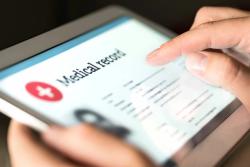