CDC: More Than 1 in 5 US Adults are Not Physically Active Enough

Updated state maps released today by the CDC show physical inactivity in the US differs by state, region, race, and ethnicity.

Approximately 25% of US adults are physically inactive, meaning they have not participated in activities such as running or gardening outside of work in the past month, according to updated state maps released today by the Centers for Disease Control and Prevention (CDC).

“Getting enough physical activity could prevent 1 in 10 premature deaths,” said Ruth Petersen, MD, director of the CDC’s Division of Nutrition, Physical Activity, and Obesity, in a press release. “Too many people are missing out on the health benefits of physical activity such as improved sleep, reduced blood pressure and anxiety, lowered risk for heart disease, several cancers, and dementia (including Alzheimer’s disease).”

The new estimates are based on combined 2017-2020 data from the Behavioral Risk Factor Surveillance System, an ongoing state-based telephone survey conducted by the CDC and state health departments for 52 jurisdictions (49 states, the District of Columbia, Guam, and Puerto Rico).

Survey respondents were asked if, in the past month, they participated in any physical activity outside of work. Persons who responded “no” were classified as physically inactive.

The state with the lowest level of physical inactivity was Colorado (17.7%).

The maps also showed that the prevalence of physical inactivity was ≥30% among:

The racial and ethnic disparities may be due to a “lack of access to safe and convenient places to be physically active,” according to the CDC. Current US Department of Health and Human Services guidelines recommend that US adults get at least 150 minutes of moderate-intensity exercise every week.

The CDC noted that it is currently working with communities and partners to improve physical activity levels through the Active People, Healthy Nation initiative, which aims to help at least 27 million Americans become more active by 2027. 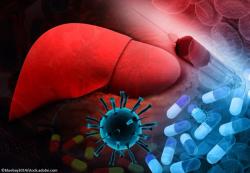 Impact of HPV Vaccination in US is Rising, and Herd Immunity is Getting Stronger, According to New Research