A pulmonologist summarizes key research and guidance on the harmful effects of e-cigarettes.

In my pulmonology practice, patients often ask me if e-cigarettes are safe. My stock answer is that they are not safe and as time goes on we will hear nothing but bad news about them. In fact the CDC’s count of confirmed cases of severe pulmonary disease linked to using e-cigarettes reached 380 in the same week the seventh death was confirmed.

In the slide show above I summarize information on the chemical components of e-cigarettes and the known health effects of each component on its own.

Unlike traditional tobacco-related illnesses, e-cigarettes are causing life-threatening pulmonary issues rapidly in young patients. E-cigarette producers claim that the ingredients are FDA-approved and cannot cause harm. The problem? The FDA did approve the components for oral consumption, but did not approve them for aerosolizing and then inhalation. Click through for a discussion of how e-cigarettes work, compounds found in e-liquid and e-vapor, and the known health consequences.

E-cigarettes or “vapes” are all classified as electronic nicotine delivery systems. They can be designed to look like cigarettes, like thumb drives, or contain a tank system. Each e-cigarette has a microprocessor that detects a drag on the device which activates a heat element to vaporize the e-liquid. Nicotine, the primary addictive component in e-cigarettes, is present at varying levels depending on the brand.

The e-liquid usually contains either propylene glycol or vegetable glycerin as a humectant that will carry the nicotine in the vapor. Propylene glycol is also used in antifreeze and commercially available deicing agents. Limited exposure has been shown to cause eye, throat, and airway irritation.1 It has also been shown to cause asthma in children.2 Lastly, e-liquid contains flavoring agents.

Once e-liquid is heated and vaporizes, the following ingredients form:

Metals have also been found in e-cigarette liquid and vapor.

Tobacco specific nitrosamines are known carcinogens. Small amounts of TSNAs have been found in e-liquid.3,4 Two TSNAs, NNN and 4-(methylnitrosamino)-1-(3-pyridyl)-1-butanone (NNK), are included on the Food and Drug Administration's list of HPHCs in tobacco products and tobacco.5 They are among the most important compounds in tobacco-related carcinogenesis.

Carbonyl compounds form when glycerin is heated and propylene glycol is oxidized. The main low molecular weight compounds found in e-cigarette vapor are formaldehyde and acetaldehyde;6,7 both are well-known carcinogens. Diacetyl is also present in e-cigarette vapor. It is the causative agent of “popcorn lung,'' a specific form of bronchiolitis obliterans, first seen in microwave popcorn factory workers. Bronchiolitis obliterans causes scarring of small airways and is a serious and irreversible lung disease.

Volatile organic compounds have been found in vapor from e-cigarettes. One study analyzed urine from e-cigarette users and found that excretion of metabolites of acrylonitrile, acrolein, propylene oxide, acrylamide, and crotonaldehyde were significantly higher in this group vs controls (all P <.05).8 Metals have been found in e-cigarette liquid and vapor; the delivery apparatus has metal parts, soldering, and a heat source. Another study found tin (known to cause stannosis), silver, iron, nickel, aluminum, and silicate in e-cigarette vapor.9

Pneumoconiosis is a disease of the lungs caused by inhalation of particles and characterized by inflammation, coughing, and lung fibrosis; aluminum and silicates are well-known causes of pneumoconioses. There have been no pneumoconioses directly attributed to e-cigarette vapor, but this is only a matter of time. Vapor from e-cigarettes attenuates immune function in the airways. E-cigarette vapor may be toxic to airway cells, suppress host defenses, and promote inflammation over time, while also promoting virulence of colonizing bacteria.10

Clapp11 evaluated the effects of 7 flavored e-liquids on respiratory innate immune cell function by exposing human alveolar macrophages, neutrophils, and NK cells to varying dilutions of e-liquid and e-cigarette vapor. He found a significant and persistent loss of epithelial barrier function. He also demonstrated a clear dose-response relationship between levels of aldehyde in e-liquids and human respiratory immune cell suppression.11

E-cigarette vapor has not been directly linked to lung cancer, but we cannot disregard the chemicals found in e-liquid and vapor mentioned in the previous slide. EMT is the initial step enabling the metastasis of cancer cells, which often leads to a higher stage disease and faster death. Zahedi was the first to demonstrate this conversion in 2018.12

Modern e-cigarettes have been in the media since their inception in the early 2000s. The CDC announced the first recorded e-cigarette-associated death on August 23, 2019. The seventh death was announced on September 18, 2019. 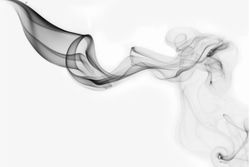