Diet diaries and food frequency questionnaires are both effective tools to capture important patterns between food items and symptoms of IBD.

Both diet diaries and food frequency questionnaires (FFQs) are valuable tools to help inflammatory bowel disease (IBD) patients track their dietary intake carefully, according to the results of a new study presented October 14 at the 2013 American College of Gastroenterology Scientific Session in San Diego.

“Keeping a record of dietary intake may help expose patterns between disease symptoms and certain foods in a subgroup of IBD patients,” Dr Mutlu said. “If an association is found between a particular food and symptoms on a consistent basis, then a trial of avoidance of that particular food item may be an option and may improve symptoms. Food choices could theoretically impact inflammation in the body in general and could over time have a potential impact on inflammation related to IBD.”

Dr Mutlu and colleagues enrolled 54 patients into a 12-month randomized, double-blind, placebo-controlled pilot trial to test the efficacy of a specialized restrictive diet and a fructooligosaccharide supplement in maintenance of remission in patients with Crohn disease. The study sought to validate and compare two FFQs with diet diaries in the first 14 days prior to study enrollment. Nutrient intake data in 49 subjects were analyzed to evaluate the validity and agreement between the 3 instruments.

“These data show that FFQs provide similar information to diet diaries in patients with Crohn disease. Diet diaries seem to capture more information when there is excess intake of unusual food items or avoidance of certain foods by patients with Crohn disease; they may be eating an altered diet because of specific symptoms or simply because they have a gastrointestinal illness.” She added, however, that “FFQs turn out to be more informative in cases where the diet diaries are sparsely filled.”

“Patients should have a food diary if they have difficult-to-control IBD symptoms, have food/vitamin deficiencies, or have placed themselves on a restrictive diet,” she said.

“The first responsibility of the primary care physician should be to engage patients in a discussion about food and its relationship to inflammation in general and IBD in particular. Such a discussion is expected to educate patients and get them motivated to actively participate in their care. Secondly, having tools and examples of useful food records is important, so that the data the patient records is meaningful. Lastly, having a dietitian who regularly sees patients or having the physician give some dietary recommendations based on food records is important. Feedback on their diet is an important motivation for a patient to complete a record of intake.” 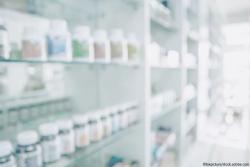 Optimizing Treatment for Patients With IBD