E-cigarettes: The New Gateway to Smoking for US Youths

A new study found that electronic cigarette use may lead some US youths to get hooked on traditional combustible cigarettes when they would otherwise never try smoking.

A new study published in the February issue of the journal JAMA Network Open, has found that electronic cigarettes, or e-cigarettes, may lead some youths to get hooked on traditional combustible cigarettes (cigarettes) when they otherwise would never try smoking.1

Researchers estimated that e-cigarettes lead about 180 000 youths aged 12 to 15 years to at least try cigarettes, and almost 45 000 youths to become current cigarette smokers over 2 years.

“This large, nationally representative study of US youths supports the view that e-cigarettes represent a catalyst for cigarette initiation among youths,” wrote researchers led by Kaitlyn Berry, MPH, of Boston University School of Public Health, Massachusetts.

“The association was especially pronounced in low-risk youths, raising concerns that e-cigarettes may renormalize smoking behaviors and erode decades of progress in reducing smoking among youths,” they added.

E-cigarette use among youths has increased dramatically - between 2017 and 2018 it spiked by 78% among high school students in grades 9-12.2 This increase has raised concerns about whether e-cigarettes are starting a new generation on the road to cigarette addiction.

To understand the problem, researchers used data from waves 1 through 3 of the Population Assessment of Tobacco and Health Study, a nationally representative study conducted by the NIH and US FDA between 2013 and 2016. The study included questionnaire responses from 6123 youths who were tobacco naÃ¯ve about timing and type of tobacco use at wave 1. Respondents were 49.5% female and 54.1% white, with a mean age of 13.4 years.

Results showed that 8.6% of respondents reported e-cigarettes as their first tobacco product by wave 3.

Because e-cigarettes are generally perceived to be safer than cigarettes, low-risk youths who might otherwise never try smoking may be tempted to try them. From there, it may be a slippery slope to cigarette addiction. 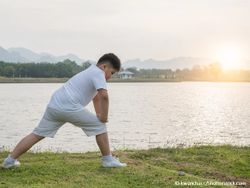 To Fight Childhood Obesity, Use the Best Tools Available 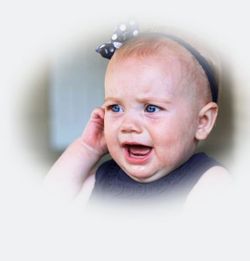 Flulaval: With New Age Indication, One Vax Now "Fits All"