Aerobic exercise not only improves cardiorespiratory fitness in patients with stroke but also may have a beneficial effect on neuroplasticity and improve motor recovery.

Aerobic exercise not only improves cardiorespiratory fitness in patients with stroke but also may have a beneficial effect on neuroplasticity and improve motor recovery, according to the results of a new study.

“The neurophysiologic effects of aerobic exercise may serve to prime the central nervous system in individuals with stroke to create an environment optimal for neuroplasticity and cortical reorganization,” Susan Linder, a research physical therapist at the Cleveland Clinic in Cleveland, told ConsultantLive at a packed poster session at the American Academy of Neurology annual meeting in Philadelphia.

“Our work in individuals with Parkinson’s disease indicates that forced exercise administered via a motor-assisted stationary bicycle results in increased cortical activation and improved motor and non-motor function when compared to voluntary exercise,” Linder said.

The precise neurophysiologic mechanism responsible for improvements in patients with Parkinson disease is unknown, but Cleveland Clinic researchers hypothesize that aerobic exercise increases concentrations of brain-derived neurotrophic factor (BDNF), a protein released in the CNS that facilitates long-term potentiation and promotes dendritic growth.

She reported the results of a study of 14 patients who had a stroke within the previous 6 to 12 months. They were randomized into 3 groups. One group performed a 45-minute session of aerobic exercise at a forced rate within their heart rate range on an exercise cycle, followed by 45 minutes of repetitive task practice with hands or arms. The second group performed the same exercises but exercised at their own rate. The third group did no aerobic exercise and performed two 45-minute sessions of upper extremity exercises. All participants exercised 3 times a week for 8 weeks.

All participants were able to complete the cycling protocol with modifications for fatigue, and all were able to achieve hundreds of repetitions with repetitive task practice.

“Motor outcomes are trending in a positive direction for all groups, but the group who performed forced rate exercise displayed the most consistent improvements,” Linder said, noting that the control group had twice the amount of time doing upper extremity exercises. “We also saw improvement in depression and quality of life in the aerobic exercise group trending toward favorable.”

Linder’s message to primary care physicians: “Incorporate aerobic exercise in stroke patients not just for cardiovascular benefits but potentially for the neurophysiological benefit as well.”

The Cleveland Clinic researchers are expanding their research to include 75 patients and will add in neurological examinations. Said Linder, “We plan to look at changes in structure of connectivity within the brain using diffuse tensor imaging and resting MRI to see whether areas of brain regrow and improve neural connections with aerobic exercise.” 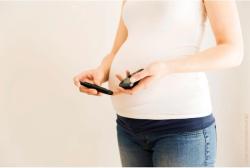