CHAPEL HILL, N.C. -- Geneticists are coming to general agreement that they know the future of a breast tumor when they see it.

CHAPEL HILL, N.C., Aug. 9 -- Geneticists are coming to general agreement that they know the future of a breast tumor when they see it.

Four of the five available genetic tests to predict cancer recurrence or death of individual patients are in concordance even though each uses a gene set largely distinct from the others for expression profiles, said geneticist Charles M. Perou, Ph.D., of the University of North Carolina Lineberger Comprehensive Cancer Center, and colleagues.

When they applied the five tests to tumor samples from 295 patients, the investigators found that four agreed in their predictions of cancer recurrence or death of individual patient, they reported in the Aug. 10 issue of the New England Journal of Medicine.

"We find our results encouraging and interpret them to mean that although different gene sets are being used, they are each tracking a common set of biological characteristics that are present across different breast cancers and are making similar outcome predictions," said Dr. Perou.

Three of the assays were in particularly strong concordance, and two of these assays are currently being used in clinical settings. The two commercial assays were in significant agreement even though they only share one gene in common, the investigators noted.

"If one assay said this patient was going to do poorly, then so did the other two," said Dr. Perou. "This is good news for breast cancer patients. It means that different groups have independently arrived at tests which agree with each other and that they all do add information not provided by existing clinical tests."

The development of gene-expression profiles has been driven by the growing understanding among oncologists that genetic profiling of tumors, rather than anatomic classification, appears to be a more accurate method for distinguishing patients at high risk for recurrent disease, metastasis, and death.

In an accompanying editorial, Joyce A. O'Shaughnessy, M.D., of the Baylor Sammons Cancer Center in Dallas and US Oncology, wrote "Gene-expression profiling has contributed to this evolving realization that the biologic heterogeneity of breast cancer has implications for treatment."

To determine whether genetic expression profiles containing different gene sets could be in agreement as predictors of breast cancer recurrence or mortality, the investigators put the gene panels to a head-to-head test, using a single data set of breast cancer samples from 295 women for whom relapse-free survival and overall survival information were available.

The five assays put to the test were:

The investigators compared the predictions of the various models against actual relapse-free and overall survival of the women from whom the data samples were obtained.

They found that most of the models had high rates of agreement in their predictions of outcome for specific patients based on their individual samples.

"In particular, almost all tumors identified as having an intrinsic subtype of basal-like, HER2-positive and estrogen-receptor-negative, or luminal B (associated with a poor prognosis) were also classified as having a poor 70-gene profile, activated wound response, and high recurrence score," the authors wrote.

The two models that are beginning to be used in clinical settings -- the 70-gene and recurrence-score models -- were in 77% to 81% agreement in their ability to classify outcomes, the investigators noted.

"Thus, each gene-expression profile (except for the two-gene ratio) added new and important prognostic information beyond that provided by the standard clinical predictors," Dr. Fan and colleagues wrote.

In her editorial, Dr. O'Shaughnessy noted that isn't clear yet whether gene expression profiling can add useful prognostic information over and above that possible through current pathologic and histopathologic tests.

"However, the final judgment about the clinical usefulness of gene-expression profiling may ultimately be practical: if the recommendation for potentially life-saving adjuvant endocrine therapy, chemotherapy, or both is to be based on biologic factors, then the assessment of those factors must be reproducible and reliable," she wrote.

"Gene-expression assays that can be performed on formalin-fixed, paraffin-embedded tissue and that provide highly reproducible prognostic information in prospective studies will be of great clinical utility, even if they do not independently predict the prognosis in multivariate analyses that include all the standard clinicopathological prognostic factors," she continued.

Dr. Perou was co-developer of the intrinsic subtype model, but has no financial conflict of interest. Co-author Laura J van't Veer, Ph.D., was co-developer of the 70-gene model, and has an equity interest in the company that markets it, Agendia BV. Dr. O'Shaughnessy reported having received consulting fees from the Molecular Profiling Institute. 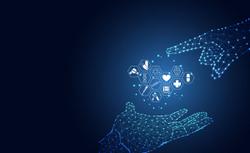