The GLP-1 receptor agonist liraglutide and insulin glargine both proved more effective for maintaining A1c <7% than a sulfonylurea or DPP-IV inhibitor in patients with type 2 diabetes (T2D).

These topline findings from the GRADE study, Glycemia Reduction Approaches in Diabetes: A Comparative Effectiveness Study, were reported on Monday, June 28, 2021 during an evening symposium during the American Diabetes Association 81st Scientific Sessions.

The head-to-head study of 4 classes of commonly used antihyperglycemic agents was the largest and longest study to compare efficacy of routinely prescribed treatment for T2D.

“GRADE was designed to help guide the choice of glucose-lowering medications that would be added to metformin based on effect on HbA1c, duration of effectiveness, effect on complications, tolerability and adverse effects,” said lead study chair David M. Nathan, MD, professor of medicine at Harvard Medical School and director of the Diabetes Center and the Clinical Research Center at Massachusetts General Hospital (MGH), during the ADA virtual symposium.

The final GRADE cohort numbered 5047 adults who had had T2D for <10 years and were taking metformin monotherapy (at least 500 mg/day at screening). Metformin was titrated during a 6- to 12-week run-in period to a target dose of 2000 mg/day (baseline minimum dose 1000 mg/day).

Participants were then randomly assigned to a medication from 1 of 4 classes commonly prescribed as second-line therapy for patients with T2D not at target A1c on metformin monotherapy: a sulfonylurea (glimepiride; n = 1254), a DPP-IV inhibitor (sitagliptin, n = 1268), a GLP-1 receptor agonist (liraglutide, n = 1262) or insulin glargine (n = 1263). Treatment was conducted per manufacturer's labeling.

As reported during the ADA symposium, during an average follow-up of 5 years, the proportion of participants who developed A1c >7% was lowest in those receiving insulin glargine (67%) and liraglutide (68%). The glimepiride group followed at 72% and was followed by the sitagliptin group at 77%.

The results were similar among men and women and across race, ethnicity and age groups.

John Buse, MD, PhD (University of North Carolina School of Medicine at Chapel Hill), before discussing cardiovascular (CV) data at the ADA symposium, noted that the GRADE study was not powered for CV outcomes, that findings were preliminary, and that there are data still to be adjudicated. He highlighted findings from current analyses which found that rates of any CV disease, ie, major adverse CV events, heart failure hospitalization, unstable angina, transient ischemic attack, or revascularization, were lowest among participants receiving liraglutide (5.8%) and those receiving insulin glargine (7.6%). Higher rates of the composite CV outcome were seen in the glimepiride (8.0%) and sitagliptin (8.6%) groups.

Rates of microvascular complications including nephropathy and distal sensory polyneuropathy were comparable in all study arms.

Side effects and risk: GI side effects (eg, nausea, abdominal pain, diarrhea) were more common among those taking liraglutide while risk of hypoglycemia were higher in the glimepiride and glargine groups.

“The ultimate goal of GRADE is to help clinicians select the therapies that will work best for individual patients, as diabetes care is not a one-size-fits all approach,” said study chair Nathan in a statement. “We believe these results will provide value to both patients and their providers when deciding which medication is needed to meet their appropriate blood glucose target and we are encouraged that these findings can be applied to a very diverse range of patients.” 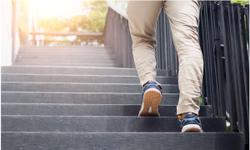