Health Care Reform a “Safer” Bet in the Next 100 Days

On the hundredth day of the new administration, the President’s campaign promise of health care reform looks less like a gamble and more like a sure bet. But are policymakers throwing down the deed to the ranch?

On the hundredth day of the new administration, the President’s campaign promise of health care reform looks less like a gamble and more like a sure bet. But are policymakers throwing down the deed to the ranch?

“The First (and Next) 100 days: What the New President Has Achieved on Health Care Reform-and Plans to Do Next” was the topic of a presentation given Friday, April 24, led by moderator and self-described “Washington lobbyist” Robert P. Doherty, the American College of Physicians’ (ACP) senior vice president of governmental affairs and public policy; Jack A. Ginsburg, MPE, ACP’s director of health policy analysis and research; and Richard L. Trachtman, JD, director of legislative affairs.

Doherty began the discussion with the reasons why health care reform might succeed at this time:
•It is a voter mandate; 69% of voters strongly desire a major change in our health care system.
•It is a top Obama priority.
•Obama has learned from the Clinton administration’s mistakes.
•It will occur in stages.
•Great change occurs at times of great crisis.

As the President said in his speech on March 5 (White House Summit on Health Reform) “Health care reform cannot wait, it must not wait, and it will not wait another year.” The cause of his fervor- the rising cost of health care “is not sustainable,” Doherty said. A middle-class family of 4 might see their gross wages of $60,000 grow by 3% per year over the next decade to $80,600, but their health care spending might grow by 8% per year over the same time frame. Thus, such a family would spend 41% of their gross wages on health care alone.

The issues with Medicare need to be solved in tandem with the broader problems in our health care system, which are intrinsically tied to the economic problems being addressed by the reform currently underway. The Economic Stimulus package-the largest allocation of funds since the New Deal-contains a $634 million down payment on health care reform. Just 15 days into his administration, the President also passed the S-CHIP Reauthorization, a move that clearly showed his stance on health care. The bill, previously denied by the Bush administration, expands health care access to nearly 4 million children.

From the Clinton administration, Obama learned that health reform must be transparent, be inclusive of stakeholders, involve members of Congress early on, reassure voters about trade-offs, and accept compromise. Reform must occur in stages, be comprehensive, and have an aggressive timetable. Reasons health care reform might fail include the federal deficit, voter rejection of trade-offs, competing priorities, and “Washington as usual” politics, Doherty said.

Included in the President’s budget proposal, which is currently being negotiated by the House and Senate, are funds to address the following issues in health care:
•Medicare physician payment reform with budget rebasing to fix the SGR (sustainable growth rate) system.
•Investment to further implementation of HIT (health information technology).
•Development and dissemination of Comparative Effectiveness Research.
•Access to affordable generic drugs.
•Strengthening of safety of food and medical products, with allowance of drug importation.
•Expansion of hospital quality improvement, pay for performance.
•$6 Billion to NIH to begin doubling funding of cancer research.
•New funding to broaden Medicare and Medicaid Research agenda.
•Increase in resources for HIV/AIDS centers.
•$330 million to address the shortage of health care professionals.

Much of this funding was already outlined in the American Recovery and Reinvestment Act (enacted February 17), some of which has made its way into the system. Going forward, Doherty estimated that the cost of reform could run “about $100 billion a year.”

In his discussion comparing ACP policy with Obama’s goals, Ginsburg outlined the College’s 7-year plan for health care reform. The plan includes, among other items, federal funding to states to expand health coverage, care, and the use of HIT through the Patient-Centered Medical Home (PCMH) as well as tax credits and an advisory commission to recommend ways to expand coverage to those with incomes above 200% of the poverty level.

Ginsburg noted that any new system must provide coverage for all and must support primary care, which he called “the best medicine for better care and lower cost.” Universal coverage can be achieved with either a single payer or pluralistic system. Disadvantages to the single-payer model are that it could create shortages of services and delays in obtaining procedures, and it would limit choices. The pluralistic model, on the other hand, could result in inequities in coverage and higher administrative costs.

The ACP’s proposals for workforce and payment reform center around improving primary care. Workforce reform would include, for example, increase in Medicare-funded GME (graduate medical education) positions in adult primary care specialties, programs to eliminate student debt, and grants to improve primary care education and training. Payment reform would consist of a raise in pay for PCPs; updates to Medicare payments and elimination of the SGR formula; pay for care coordination and prevention; and funding care through PCMHs.

“The President’s plan is aligned with ACPs goals,” said Ginsburg. The ACP agrees with the funding outlined in the American Recovery and Reinvestment Act. In particular, it strongly supports the $87 billion allotted for Medicaid; however, it has reservations. Ginsburg warns of a “one-size-fits-all approach.” Plus, the funding for Comparative Effectiveness Research remains an extremely controversial topic.

On the hundredth day, with Obama’s approval rating hovering around 60%, the senate's confirmation of Kathleen Sebelius as Health and Human Services Secretary, and Phil Spector’s switch to the democratic party, the prospect of future health care reform continues to look bright. “Although still not the safest bet you can make,” Doherty concluded, “the promise of health care reform seems more promising now than it ever had in the past.”

For a related article see:
Shortage of Doctors an Obstacle to Obama Goals (NY Times, April 26, 2009) 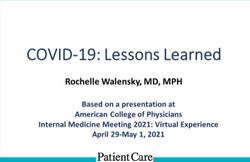 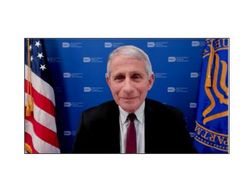