Hotspots, Vaccines, Hesitancy, and the Road Ahead

ID expert Rodger MacArthur, MD, explains hotspot dynamics, the essential role of clinicians as vaccine advocates, and how medical students are engaging and educating the community.

The State of Michigan, where I lived for more than 20 years, currently has the highest rate of new COVID-19 cases in the United States. The recent case rate is over 500 cases per 100 000 persons, more than four times the rate in Georgia where I live now.

Earlier in the COVID-19 epidemic, a group of Medical College of Georgia students and I published an article comparing various aspects of the epidemic in Georgia versus Michigan. At the time, Georgia and Michigan had about the same overall case rate, but Michigan had twice the case fatality rate compared to Georgia. While that difference no longer exists, it does suggest that there are substantial differences in the epidemiology of the epidemic in different states.

How does a "hotspot" work?

Currently, in Michigan and in most other states, it is the group under the age of 50 that is fueling the surge. The CDC, in October of 2020, published a report on the transmission dynamics of those getting infected in areas that became “hotspots.”

We can build momentum

More than 180 million doses of the Pfizer and Moderna vaccines have been administered in the United States with no reports of such adverse events as blood clots. Each of these vaccines has around 95% efficacy, based on initial and follow up clinical investigations. At the Medical College of Georgia at Augusta University where I work and teach, approximately 98% of our students have been vaccinated. We began vaccinating them during the first week of January. Almost certainly as a result, we have not had one student test positive since January 20th.

I have argued on many occasions that it is incumbent on all of us in the medical profession to proactively advocate for all Americans (aged 16 years and older for now) to strongly consider getting vaccinated. The Infectious Diseases Society of America, of which I am a member, has stated that it is especially important to get the message out to those at greatest risk of infection, as well as to “acknowledge the need for effective community engagement and communication to build trust and confidence in the vaccine…”

To that end, I recently had the opportunity to attend the launch of the Medical College of Georgia at Augusta University student-led Vaccine Community Education initiative. Four of our medical students, all women of color, held an informal question-and-answer forum at one of the area’s black churches. The clergy in attendance were overwhelmingly supportive of the effort, as were all the rest of those in attendance.

The students connected with the audience, and the audience responded with appreciation for, and pride in, the students. Importantly, the approximately 1-hour session was not a “hard sell sales pitch.” Rather, it was an opportunity for an open and transparent discussion. The session also was an opportunity to point out that the Pfizer and Moderna vaccines use a technology that is completely different from that used for the Johnson & Johnson and Oxford/AstraZeneca vaccines, and to discuss issues related to vaccine hesitancy in general.

Of course, it will take many more of these sessions around the country if we have any chance of getting even 70% of Americans vaccinated.

We are all in this mess together, and together we will prevail.

Rodger D. MacArthur, MD, is Professor of Medicine, Division of Infectious Diseases and Office of Academic Affairs Medical College of Georgia at Augusta University, Augusta, Georgia. Dr MacArthur is an NIH-funded researcher and before arriving at the Medical College of Georgia, MacArthur headed the Wayne State University AIDS clinical trial program. He is widely recognized as an authority the development of antiretroviral treatment. 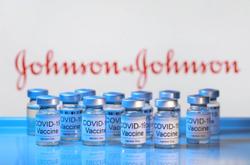