Hay fever is common in adults age 65 years and older but there is little research on the efficacy of customary immunotherapy in this group.

Immunotherapy is effective for baby boomers suffering from allergic rhinitis, according to a new study.

The results show immunotherapy reduced symptoms by 55% after three years of therapy, and decreased the amount of medication needed for relief of symptoms by 64%.

“It’s important that allergy treatment methods commonly used in young people are also investigated for use in older patients,” said Gailen Marshall, MD, PhD, Chair of Allergy and Immunology at the University of Mississippi Medical Center. “More and more allergists are expanding the age limit for allergy shots as the baby boomer generation enters their senior years. Although there are no doubts about the effectiveness of allergy shots for both adults and children, there hasn’t been much research until now in older patients.”

Hay fever is more common in patients over 65 years of age, although guidelines for the diagnosis and treatment of allergic diseases rarely focus on older patients, noted the researchers, led by Andrzej Bozek, MD, PhD, of the Medical University of Silesia, Katowice, Poland.

The researchers published their results in the February 2016 Annals of Allergy, Asthma & Immunology.

In a double-blinded, placebo-controlled trial, the researchers evaluated the safety and efficacy of pre-seasonal specific subcutaneous immunotherapy (SCIT) against grass pollen allergens in patients older than 65 years with seasonal allergic rhinitis. They measured the prime outcome of area under the curve for the combined symptoms and medication score during grass pollen season after three years of SCIT.

The study included 60 patients, age 65 to 75 years, with seasonal allergic rhinitis and grass pollen allergy who were randomized to the active or placebo group. Thirty-three subjects in the SCIT group and 27 subjects in the placebo group were monitored for 3 years. Patients were required to record each use of anti-allergy medication.

“The median area under the curve for the combined symptoms and medication score after the third grass pollen season after SCIT was significantly decreased from 7.85 to 4.63 in the active group and did not significantly change in the placebo group,” the researchers stated.

In conclusion, the researchers stated that “pre-seasonal SCIT in the elderly is safe and efficacious and elicits an immune response comparable to what is found in studies of younger patients.”

“Older people who suffer from hay fever may have health challenges that younger people do not,” said New York allergist-immunologist Ira Finegold, MD. “Hay fever is often ignored in older patients as a less significant health problem because of diseases such as asthma, coronary heart disease, depression and high blood pressure. Also, some baby boomers might not realize they have allergies, and their physicians might not suggest allergy shots. The research indicated that allergy shots were extremely effective for this group.” 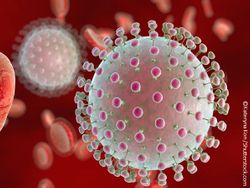