The results of a meta-analysis indicate that intensive glycemic control significantly reduces the risk of coronary events in patients with type 2 diabetes mellitus. The meta-analysis, conducted by Ray and colleagues,1 included 5 randomized controlled trials that compared intensive with standard glucose-lowering regimens in more than 33,000 patients. The general treatment protocols are shown in the Table.

The results of a meta-analysis indicate that intensive glycemic control significantly reduces the risk of coronary events in patients with type 2 diabetes mellitus. The meta-analysis, conducted by Ray and colleagues,1 included 5 randomized controlled trials that compared intensive with standard glucose-lowering regimens in more than 33,000 patients. The general treatment protocols are shown in the Table.

During about 5 years of therapy, the mean hemoglobin A1c (HbA1c) concentration was 0.9% lower in those who received intensive glucose-lowering treatment than in those who received standard treatment. Intensive glycemic control was associated with a 17% reduction in nonfatal myocardial infarction events (odds ratio [OR], 0.83) and a 15% reduction in coronary heart disease events (OR, 0.85). Intensive glycemic control did not have a significant effect on the risk of stroke or on all-cause mortality.

The investigators say that the optimum strategy for reducing HbA1c concentrations may not be the same in all the patient populations and should be studied further.1

Are Oral Steroids as Effective as IV Steroids in Managing Relapses of MS?
Corticosteroids are often used to manage the relapses of inflammation that occur in patients with multiple sclerosis (MS). To reduce the cost and inconvenience of intravenous therapy, oral therapy is sometimes used instead. But are oral corticosteroids as effective as systemic corticosteroids in this setting? Yes, according to a report by Burton and associates2 in Toronto.

They reviewed the literature and identified randomized or quasi-randomized trials that compared the use of oral and intravenous corticosteroids for acute relapses of MS in a total of 167 patients. They found no differences between the two in the degree of recovery at 4 weeks after treatment, subsequent relapse rate, hospitalization, disability, ambulation, or MRI findings.

The investigators acknowledge that their sample size was small and that methodological limitations prevent them from drawing definitive conclusions.2

Sumatriptan/Naproxen Combination Is an Effective Alternative to Short-Acting Triptans in Treating Migraine
The combination of sumatriptan and naproxen appears to be effective in treating migraine that does not respond to triptan monotherapy, according to investigators at the Houston Headache Clinic. Mathew and colleagues3 conducted 2 randomized placebo-controlled studies of patients with migraine who had discontinued a short-acting triptan in the past year because of poor response or intolerance. Before study entry, the patients had discontinued an average of 3 triptans.

Both studies found that the combination of sumatriptan and naproxen was superior to placebo for initial and sustained (2 through 24 hours) pain relief and for relief of migraine- associated symptoms of photophobia and phonophobia. The therapy was generally well tolerated.

Arellano and associates4 identified lymphoma in 2738 persons from the Health Improvement Network database that included more than 3,500,000 persons. They found that the presence of atopic dermatitis was associated with an increased risk of lymphoma (OR, 1.83). The use of topical corticosteroids also was a significant risk factor for lymphoma (OR, 1.46).

The risk was greater with high- potency formulations and with a longer duration of exposure. These risks involved both Hodgkin disease and non-Hodgkin lymphoma (NHL). The risk of NHL with cutaneous involvement was particularly high in persons who had used high-potency topical corticosteroids (OR, 26.24).

Tigecycline May Be an Option for Refractory C difficile Infections
The incidence of Clostridium difficile infection is increasing, and hypervirulent strains of this pathogen appear to be causing more severe illness that is refractory to standard therapy, such as vancomycin and metronidazole. A recent report described the successful use of tigecycline in the treatment of severe refractory C difficile infection in 4 patients.5

The patients presented with severe diarrhea, fever, and hypovolemic shock. C difficile infection was confirmed by enzyme immuno- assay and culture. Three of the patients were treated with intravenous tigecycline after having treatment failure with metronidazole and vancomycin; 1 patient was just given tigecycline. Three patients were also given vancomycin. The patients had relief of symptoms 3 to 7 days after the start of tigecycline ther- apy, and there were no relapses at 3 months’ follow-up.

The investigators note that vancomycin is considered standard therapy for severe C difficile infection, but this therapy, like metronidazole, has become less effective as a result of the increased prevalence of hypervirulent strains of C difficile.5 Tigecycline is a broad-spectrum antibiotic used to treat complicated skin and soft tissue infections and complicated intra- abdominal infections. The minimum inhibitory concentrations of tigecycline for C difficile have been reported to be low.6,7

Three-Drug Regimen Proves Effective in Preventing Chemotherapy-Induced Nausea
Two recent studies indicate that a 3-drug regimen that includes aprepitant is useful in the prevention of chemotherapy-induced nausea and vomiting. One study found that the addition of aprepitant enhances the effectiveness of the regimen of ondansetron and dexamethasone. The other study found that a single-day 3-drug regimen was effective in preventing both acute and delayed vomiting after moderately emetogenic chemotherapy.

Rapoport and colleagues8 conducted a study that included 848 patients with a variety of malignancies who were scheduled to receive a single dose of at least 1 moderately emetogenic chemotherapy agent. The patients were randomly assigned to receive a regimen of aprepitant, ondansetron, and dexamethasone or a control regimen of ondansetron and dexamethasone, administered orally.

The triple-drug regimen was superior to the control regimen in achieving the goals of no vomiting and no need for rescue medication. This pattern was observed regardless of whether the patients’ chemotherapy regimen included anthracycline and cyclophosphamide.

In a separate study, Grunberg and associates9 evaluated 41 patients with solid tumors who were receiving cyclophosphamide and/ or doxorubicin. Before chemotherapy, they were given a single dose of aprepitant (orally), dexamethasone (orally), and palonosetron (intravenously). Patients recorded episodes of emesis and nausea severity in a diary every day for 5 days.

Do Lower Copayments Account for the Improved Adherence With Generic Drugs?
This was the question asked by Briesacher and coworkers,10 who analyzed 2001-2004 health care claims data from 45 large employers. The study participants were at least 18 years of age and were beginning the use of generic-only or brand-only drug therapy for 1 of the following conditions: hypercholesterolemia, hypertension, hypothyroidism, seizure disorder, or type 2 diabetes mellitus. Adequate adherence to treatment was defined as a medication possession ratio of 80% or higher. 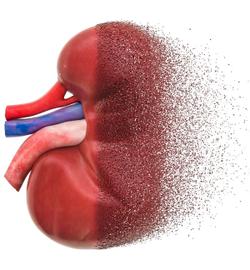