The test should not be used alone to screen for asthma in asymptomatic young persons outside of the clinic.

The mannitol challenge test alone should not be used to screen for asthma in asymptomatic young persons outside of the clinic, according to a new study.

The mannitol test was developed as an easy-to-use, safe, standardized bronchial challenge test for making a diagnosis of asthma in a wide range of clinical settings. A positive test result indicates a high likelihood of asthma with ongoing airway inflammation and may be useful to detect asthma that requires regular anti-inflammatory therapy.

Mannitol challenge testing is an established tool for clinical asthma diagnosis, can be performed outside of specialized respiratory laboratories, and is applicable in both clinical and nonclinical settings with different pretest asthma probabilities. However, there may be differences in results with the general population and those with symptoms suggestive of asthma, said researchers led by Dr Elisha White of Telethon Kids Institute in Perth, Western Australia, Australia.

White and colleagues set out to quantify the diagnostic utility of mannitol challenge testing for asthma in a community cohort as well as in a symptomatic wheezing subset. During the 22-year follow-up of the Western Australian Pregnancy Cohort, 772 young men and women, mean age 22 years, underwent mannitol challenge and skin prick testing and completed respiratory health questionnaires. Among this cohort, 148 participants reported wheezing in the past 12 months and were included in a wheezing subset.

Responsiveness to mannitol had low sensitivity (19%) and high specificity (97%) to identify current asthma in the complete cohort, with positive predictive value (PPV) of 45% and negative predictive value (NPV) of 92%. Within the wheezing subset, sensitivity (19%) and specificity (94%) remained similar, but PPV increased to 79% and NPV decreased to 52%.

In the general population, asthma was identified in 10% of participants. Those with asthma were significantly more likely to have had a positive mannitol challenge test and had a significantly higher prevalence of sensitization to dust mite or grass pollen than those who did not have asthma.

For the wheezing subset, more than half (52%) of participants had asthma. Those with asthma were significantly more likely to have had a positive mannitol challenge test and to have used inhaled corticosteroids in the past year compared with those who did not have asthma.

Dry powder mannitol testing for those with symptoms suggestive of asthma has a high correlation between a positive test and a diagnosis of asthma and could be a useful screening tool, but a positive test may not be as useful in the general population, the authors said.

The researchers emphasized that when diagnosing asthma clinicians need to take into account the entire clinical picture and not to diagnose the disease simply based on the mannitol test alone.

They noted that the study was conducted only in young adults and that the results could not be generalized to include children or older adults.

The researchers published their results in the December 5, 2016 Respirology. 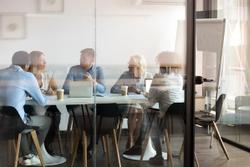