RA can be managed in primary care but comes with unique challenges. Here, strategies outlined at the ACP Internal Medicine Meeting 2018.

With so many treatment choices available, the potential for successfully treating joint disease in rheumatoid arthritis (RA) is very high – as is the potential for treatment side effects, said David A. Fox, MD, Chief of the Division of Rheumatology at the University of Michigan, Ann Arbor.

Add in the potential for disease-related complications, and the management of RA remains a major challenge for internists, who presented an update on RA treatments and complications at the ACP Annual Meeting 2018 in New Orleans, Louisiana.

“We have, as our goal, achieving a remission or close to a remission of the arthritis itself in all patients,” Dr. Fox said in an interview, “but we still have lots of issues with other aspects of the disease, like cardiovascular and pulmonary outcomes, and also lots of complexities with safe use of medications.”

Among many available treatment options for severe RA, methotrexate remains the “anchor drug,” said Dr. Fox, and it is typically the first drug to be tried in patients without contraindications, such as poor liver or kidney function. If effective, methotrexate may be continued for years of treatment. It is an immunosuppressant with the potential for serious adverse reactions, including infections and hepatotoxicity, though monotherapy with relatively low doses of the drug are associated with favorable long-term safety.

Even so, patients on methotrexate should be closely monitored over the long term, and the drug may need to be potentially withheld, Dr. Fox said. For example, a patient’s kidney function may slowly deteriorate over the years, which may impact clearance of methotrexate, which is primarily renally excreted. According to prescribing information, delayed drug clearance is one of the key factors associated with methotrexate toxicity.

Next: Leflunomide and Immunosuppression

Like methotrexate, leflunomide is an immunosuppressive drug that might need to be withheld due to significant infection or other adverse events, advised Dr. Fox. One unique aspect of the drug is the need for washout with cholestyramine therapy, depending on the severity of the adverse event.

“The half-life of this drug is in weeks to months, because it circulates in the bile and is not eliminated efficiently in the urine,” said Dr Fox. “If a patient is very ill with an infection, for example, or they become pregnant while taking leflunomide, then the medicine must be removed physically from the body by chelating with cholestyramine.”
Without accelerated drug elimination procedure, it can take up to 2 years to reach plasma concentrations of less than 0.02 mg/L of teriflunomide, leflunomide’s active metabolite, according to drug prescribing information. The recommended procedure includes administration of cholestyramine 8 grams orally 3 times per day for 11 days, or alternatively, 50 grams of activated charcoal powder in a suspension orally every 12 hours for 11 days.

Next: IL-6 and GI Tract Perforations

Two interleukin (IL)-6 receptor antagonists are now indicated for the treatment of moderate to severe RA, including sarilumab, which was approved by the FDA in 2017, and tocilizumab, which was approved in 2010.
According to Dr Fox, the incidence of gastrointestinal (GI) tract perforations appears to be several times higher with IL-6-directed therapies as compared with biologics directed against other targets in RA.

“It's still a fairly rare occurrence, but there is some element of risk from advanced age or prior history of GI tract pathology, like diverticulitis or peptic ulcer disease,” he said. “The older person with those problems is at some risk for perforations, so that's worth knowing about.”

In a registry study published in 2016 in BMJ, the “real world” incidence rate of lower intestinal perforation among RA patients was significantly increased with tocilizumab treatment at 2.7 per 1000 patient years vs 0.2−0.6 per 1000 per patient years for all other treatments, according to investigators.

Rheumatoid arthritis is known to be an independent risk factor for cardiovascular morbidity and mortality, including myocardial infarction and other vascular events. Moreover, the magnitude of the risk conferred by RA is similar to that of smoking, hypertension, or hypercholesterolemia, Dr. Fox noted.

What is not known yet is whether any RA treatments mitigate this risk, for example, by suppressing inflammation. Further study is also needed to determine which RA patients should be managed with lipid-lowering therapy. Although there’s no definitive information available, the current trend is that more RA patients are receiving statins, according to Dr. Fox.

“If you have RA as a risk factor, and you're not sure how to treat that, I’d say all the other risk factors that you can treat should be treated very diligently, and that probably includes making sure that the patient’s LDL is under 100 mg/dL,” he said.

Pulmonary fibrosis can occur in rheumatoid arthritis and is emerging second to cardiovascular events as an important reason for excess mortality in these patients, according to Dr. Fox.

To date, there is no evidence for any current RA treatment to suggest the drug can effectively manage pulmonary fibrosis.  What is clear, however, is that patients with pulmonary fibrosis need combined assessment by a pulmonologist and a rheumatologist.

"Sometimes it's medication toxicity or chronic infection, and not rheumatoid lung disease, and that can be very difficult to figure out,” Dr. Fox said. 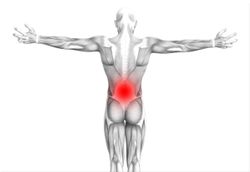