Authors speculate that this alteration of smooth airway muscle may imprint a unique signature that could help lead to highly targeted new asthma therapies.

Obesity changes how airway muscles function, increasing the risk of developing asthma, according to a new study in the American Journal of Physiology-Lung Cellular and Molecular Physiology.

Obesity is a major risk factor for asthma, in part because of the systemic and localized inflammation of the airways that occurs in people with a high body mass index. Those with obesity also are also at higher risk of severe asthma, decreased disease control, and decreased response to corticosteroid therapy. Among obese adults, women are more affected than men.

Obesity, “imprints on structural cells (or airway smooth muscle cells) a unique signature that can be identified and that may lead to novel targeted approaches to improve asthma management without the use of steroids,” said Reynold Panettieri Jr, MD, director of the Rutgers Institute for Translational Medicine and Science.

Previous studies suggest that some people with obesity may have a type of asthma that is not caused by airway inflammation, but by hyperresponsiveness to an allergen in the airway smooth muscle. Hyperresponsiveness causes the airways to narrow, obstructing ease of breathing, and can occur when the muscles contract or begin to spasm.

Panettieri and colleagues collected human airway smooth muscle cells derived from non-obese and obese subjects who were age- and sex-matched. The muscle cells were combined with histamine to induce an immune system response and carbachol, a drug that stimulates the part of the nervous system that controls the airways. Stimulating airway cells with these substances causes the cells to release calcium, which mimics muscle contraction, he said.

The asthma-obesity connection includes 2 phenotypes: early onset asthma associated with obesity in younger patients and late-onset asthma associated with obesity in older women. Multiple mechanisms have been postulated to explain these 2 phenotypes, including insulin resistance, decreased adiponectin, and epigenetic and genetic mechanisms, the researchers stated.

Insulin pretreatment had little effect on the responses noted in the study. “However, we cannot completely rule out an action of insulin on airway hyperresponsiveness. We only studied a long-term effect of insulin (24-hour treatment) and measured response to an agonist rather than a change in the baseline intracellular calcium that could be modulated by insulin,” noted the researchers.

They believe that genetic mechanisms could in part explain why muscle cells derived from obese subjects retain hyperresponsiveness. “These findings suggest genetic or epigenetic mechanisms in human airway smooth muscle cells may underlie the molecular mechanism mimicked by obesity. Identifying these mechanisms will provide new therapeutic targets to improve clinical outcome in asthma patients with obesity,” stated the researchers. 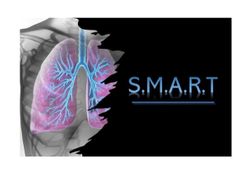 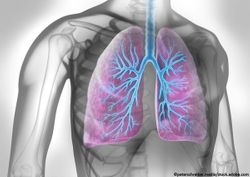