Obesity Tied to a Variety of Health Problems

Recent studies have linked obesity with a number of clinical concerns, ranging from kidney disease to pancreatic cancer to hearing loss in women.

Obese persons are at increased risk for adverse long-term outcomes even in the absence of metabolic abnormalities, according to a recent study. The findings suggested that there is no healthy pattern of increased weight.

Other recent studies have linked obesity with a number of clinical concerns, ranging from kidney disease to pancreatic cancer to hearing loss in women.

Kramer and associates at the Leadership Sinai Centre for Diabetes, Mount Sinai Hospital, Toronto, Canada, identified studies from electronic databases to determine the effect of metabolic status on mortality or cardiovascular events in normal-weight, overweight, and obese persons.

The studies evaluated all-cause mortality or cardiovascular events (or both) and clinical characteristics of 6 patient groups (61,386 patients) defined by body mass index (BMI) category (normal weight/overweight/obesity) and metabolic status (healthy/unhealthy), as defined by the presence or absence of components of the metabolic syndrome by Adult Treatment Panel III or International Diabetes Federation criteria. Metabolically healthy persons of normal weight made up the reference group.

Being obese is associated with an increased risk of heart disease, even if a person is otherwise “metabolically healthy” and does not have the metabolic syndrome, it was noted.

The study was published December 3, 2013, in the Annals of Internal Medicine.

Recent study findings that associate obesity with other diseases include the following:

• Obesity and kidney disease. Higher BMI categories were associated with greater declines in kidney function in a cohort of young adults with preserved glomerular filtration at baseline, researchers at the University of California, San Francisco/San Francisco General Hospital Renal Center reported. Clinicians should monitor overweight and obese patients vigilantly for evidence of early kidney function decline, they recommended. The study appeared in the American Journal of Kidney Diseases.

• Obesity and pancreatic cancer. Higher prediagnostic BMI was associated with statistically significantly decreased survival among patients with pancreatic cancer from 2 large prospective cohorts, according to researchers at the Dana-Farber Cancer Institute, Boston, and other centers. The findings add support for the role of weight control in improving outcomes for patients with cancer and reinforces the importance of maintaining a healthy weight, it was noted. The study was reported in the Journal of Clinical Oncology.

• Obesity and diabetes mellitus. The cause of obesity and insulin resistance may be tied to the fructose the body makes in addition to the fructose that is eaten, reported researchers at the University of Colorado School of Medicine in Aurora. The data suggest fructose generated from glucose is largely responsible for how carbohydrates cause fatty liver and insulin resistance, a researcher stated. The findings challenge the dogma that fructose is safe and that it is simply the high glycemic carbohydrates that need to be restricted, it was noted.

• Obesity and hearing loss. Higher BMI and larger waist circumference are associated with an increased risk of hearing loss in women, and higher physical activity is associated with a reduced risk, according to researchers at Brigham and Women’s Hospital, Boston, and the Vanderbilt University School of Medicine, Nashville, Tennessee, who examined the independent associations between BMI, waist circumference, and physical activity and self-reported hearing loss in 68,421 women in the Nurses’ Health Study II. The findings provide evidence that maintaining healthy weight and staying physically active may help reduce the risk of hearing loss, it was suggested. The study was published in the December issue of the American Journal of Medicine.

Diabetes Device Comparison Made Easy: The Story Behind DiabetesWise Pro 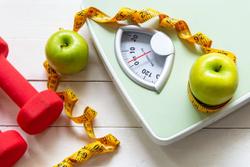 Study: Only 3% of Adults with Overweight or Obesity in England are Referred to Weight Management Programs by Primary Care Clinician