Omicron Variant is Moving Quickly but Much Remains Unknown, says WHO

The Omicron variant of the SARS-CoV-2 virus is spreading quickly, jumping continents with infected travelers. The best protection remains vaccination and indoor precautions.

WHO Warns of ‘Very High’ Risk From Omicron as Questions Remain
Biden calls Omicron a ‘cause for concern, not a cause for panic.’

Omicron, the 15th letter in the Greek alphabet, is now used to identify the SARS-CoV-2 variant B.1.1.529 which the World Health Organization (WHO) designated a variant of concern on November 26, 2021.

The designation was made based on evidence presented to the WHO's Technical Advisory Group on Virus Evolution that Omicron has several mutations that may affect how the variant behaves, ie, the severity of disease it causes, its degree of transmissibility, and the variant's immune escape potential--that is, whether it can bypass protection offered by current COVID-19 vaccines.

Omicron was first identified in South Africa and reported to the WHO on November 24; it has now been detected in Australia, Belgium, Botswana, Britain, Denmark, Germany, Hong Kong, Israel, Italy, the Netherlands, France, Canada, and South Africa. At least 44 countries have imposed travel restrictions from several African countries, reports CNN. Japan and Israel have banned all foreign nationals from entering their countries. Health officials in Canada confirmed the country's first 2 cases in Ottawa on Sunday, November 28.

There have been 50 mutations identified in the B.1.1.529 lineage, the most concerning being more than 30 in the spike protein region, the area that facilitates a virus' entry into the host cell, enhancing its transmissibility as well as the potential for immunoescape.

WHO notes, however, that it is not clear yet whether the variant is more transmissible compared to other recent variants, including Delta. While the number of persons testing positive for Omicron has increased in areas of South Africa where circulation has been identified, studies have been launched to understand if the variant is to blame or if other factors may be implicated.

There are as yet no data to clarify whether Omicron causes more severe disease compared to other variants, and WHO again points to Delta as the primary comparator. “Preliminary data suggest that there are increasing rates of hospitalization in South Africa, but this may be due to increasing overall numbers of people becoming infected, rather than a result of specific infection with Omicron,” states WHO. Nor is there any suggestion that symptoms associated with Omicron infection are different from those seen with currently circulating variants.

According to a report from Reuters, a South African physician who was among the first clinicians to suspect a different strain of the coronavirus among patients he saw said that “the symptoms of the Omicron variant were so far mild and could be treated at home.” The chair of South African Medical Association, also speaking to Reuters, said that no patients so far have reported loss of smell or taste and there has been no major drop in oxygen levels observed.

According to WHO, initial reported infections were among university students who overall tend to have milder infection and symptoms.

Better understanding of both infectivity and transmissibility of Omicron will likely take several weeks, the WHO stressed, as will accruing information on whether the variant can potentially render current vaccinations less effective.

“Work is already under way to look at the immune escape potential of B.1.1.529 in the laboratory setting,” note scientists with South Africa’s National Institute for Communicable Diseases (NICD) in a statement. “Based on our understanding of the mutations in this lineage, partial immune escape is likely, but it is likely that vaccines will still offer high levels of protection against hospitalization and death.”

Effectiveness of current tests is currently not in question, according to WHO, as the widely used PCR assays continue to detect infection, including with Omicron. Research is underway to assess any potential impact of the variant on other tests including rapid antigen detection tests. Treatments for COVID-19 also are being assessed for efficacy against Omicron infection but WHO stresses that both corticosteroids and IL-1 receptor antagonists will continue to be effective against severe COVID-19.

In statements to Reuters leaders from both Pfizer-BioNTech and Moderna said virus mutations have been anticipated since the beginning of the pandemic and that the companies are working closely with authorities to process information as soon as it is available.

The Best Protection
"We expect new variants to continue to emerge wherever the virus is spreading. Vaccination remains critical to protect those in our communities at high risk of hospitalisation and death, to reduce strain on the health system, and to help slow transmission. This must be in conjunction with all the other public health and social measures, so we advise the public to continue to follow COVID-19 protocols by: ensuring good ventilation in all shared spaces, wearing masks, keeping 1.5m distance from other and washing or sanitising hands and surfaces regularly.
"These non-pharmaceutical interventions are still proven to prevent the spread of all SARS-CoV-2 viruses." 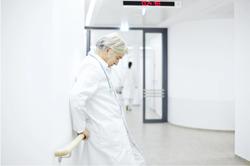