Routine adult vaccination rates have yet to reach pre-pandemic levels, according to a report in MMWR this week. Which vaccines are most affected and which groups are lagging?

In response to the potential extreme threat from the coronavirus 19 (COVID-19) spread across the globe, the United States government on On March 13, 2020, issued a declaration of national emergency that shut down all commerce and placed the need for and dispensing of health care in limbo.

Routine adult vaccinations in the first week after the national lockdown fell by up to 62% vs the same time period in 2019 and at their lowest were up to 89% lower than the previous year, according to a report just published in Morbidity and Mortality Weekly Report.

Have a look at the vaccines most affected, the 2020 timeline for each, and the current status.

Medicare Claims Data. Change in rate of receipt of routine adult vaccines during the pandemic were based on examination of Medicare enrollment and claims data for: Part A hospital insurance; Part B medical insurance; Part D prescription drug insurance.

Precipitous Drop in Vaccinations. After national emergency declaration, up to 89% decline seen in weekly administration of the 4 vaccines. First week: rates lower by 25% for PPSV23 to 62% for RZV vs rates during the corresponding week in 2019.

Racial Disparities. Patterns of vaccination rate decline/recovery among racial/ethnic groups were similar to findings overall
but saw differences in magnitude.

Vaccination Practice Points. Reassure patients all vaccines can be delivered safely. Emphasize importance of routine seasonal vaccines(eg, flu, pneumococcal). Counsel patients on reactogenicity of some vaccines (eg, RZV) as symptoms may be confused with those of COVID-19. 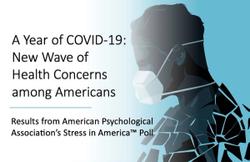 COVID-19 Updates: US Vaccinations and Global Cases and Deaths as of April 9, 2021