More frequent addition of salt to food outside of cooking or other preparation may significantly increase risk of premature mortality from any cause and lower life expectancy, according to findings from a new study of more than a half million people in the UK Biobank.

Investigators found that those who regularly added salt to their food had a 28% increased risk of premature death vs those who never or rarely added the flavor enhancer. Moreover, at the age of 50, life expectancy for women who regularly used salt was reduced by 1.5 years; for men of the same age, 2.28 years of life were lost.

The study, published July 11 in the European Heart Journal, found the association was independent of diet, lifestyle, socioeconomic level, and pre-existing diseases. The authors also found, however, that high intake of potassium-rich foods, including fruits and vegetables, may attenuate the association.

“To my knowledge, our study is the first to assess the relation between adding salt to foods and premature death,” said lead study author Lu Qi, MD, PhD, of Tulane University School of Public Health and Tropical Medicine in a statement. “It provides novel evidence to support recommendations to modify eating behaviours for improving health.

"Even a modest reduction in sodium intake, by adding less or no salt to food at the table, is likely to result in substantial health benefits, especially when it is achieved in the general population.”

As context for their study the authors note the historic difficulty in assessing overall intake of sodium, stating that results of past research looking at the association with risk of mortality is inconsistent, “showing positively linear, J-shaped, or inversely linear associations." Thus, their decision to focus on sodium added at the table independent of salt added during food preparation.

Qi and colleagues analyzed data from 501 379 participants in the UK Biobank study who completed a questionnaire at baseline (2006-2010) about frequency of adding salt to their food. Options were never/rarely, sometimes, usually, always, or prefer not to answer. This last group was not included in the final analysis.

Average age of the cohort was 56.7 years, 45.6% were men, the majority (94.3%) was White. Premature death was defined as death before the age of 75 years and was ascertained through review of death certificates.

Over a median follow up of 9 years, there were 18 474 premature deaths among cohort participants with risk for all-cause premature mortality increasing as freuqency of adding salt rose (p<.001 for trend). Adjusted hazard ratios were calcualted as follows:

As noted, the research team also found that consumption of fruits and vegetables significantly modified the associations between frequency of adding salt and all-cause premature mortality; they note those associations were more pronounced in participants with low intakes than those with high intakes (P-interaction = 0.02). Qi adds that they were not surprised by the finding given the high potassium content of fruits and vegetables and the element’s protective effects.

The team’s analysis of specific causes of premature mortality found that more frequently adding salt was significantly associated with greater risk of cardiovascular disease and specifically with a higher hazard of stroke but not coronary artery disease mortality.

... more frequently adding salt was significantly associated with greater risk of cardiovascular disease and specifically with a higher hazard of stroke but not coronary artery disease mortality.

"So far, what the collective evidence about salt seems to indicate is that healthy people consuming what constitutes normal levels of ordinary salt need not worry too much about their salt intake…still, at the population level there is no reason to be complacent about salt intake,” wrote cardiologist Annika Rosengren, MD, PhD, of the University of Gothenburg and Sahlgrenska University Hospital in Sweden, in an accompanying editorial

She stresses the well-known link between salt consumption and hypertension at the population level and suggests that increased public awareness about the deleterious effects of high salt consumption is needed “but perhaps not in the shape of advice about target levels that are unlikely to be achieved, and which are possibly harmful in some.

"Hypertension is a major determinant of cardiovascular disease, with a population-attributable fraction of >20%, and a third of all strokes are attributable to this factor.” 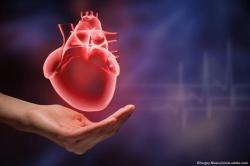