Antiretroviral drug regimens have been implicated as factors in the increased risk of coronary artery disease and myocardial infarction in those with HIV infection. Here: practical measures for prevention and screening.

The introduction of antiretroviral therapy (ART) has meant longer survival for patients with HIV infection. And with longer survival has come the emergence of chronic diseases-including an increased incidence of coronary artery disease (CAD) among these patients.

Patients with HIV infection now have a 1.5 to 2-fold greater risk of developing CAD compared with non-infected individuals, raising the independent risk of CAD in HIV infection to levels similar to those in diabetes, state researchers led by Dr. James Nadel, St Vincent's Hospital, Sydney, Australia. They propose that the use of stress echocardiography and/or computed tomography coronary angiography (CTCA) is appropriate in the screening of moderate-risk to high-risk HIV-positive patients.

The researchers published their review of screening and risk assessment for CAD in HIV infection in the April 2017 HIV Medicine.1

“Increased risk of CAD in patients with HIV infection has been associated with the inflammatory sequelae of the infection as well as the greater prevalence of cardiac risk factors in HIV-positive populations and the side effects of life-prolonging ARTs. CAD has emerged as an important cause of mortality and morbidity in those living with HIV,” they stated.

Those with HIV infection and symptomatic CAD present at a younger age and experience a higher rate of post-angioplasty restenosis. Also, coronary artery plaques have been found to be more prevalent and extensive in HIV-infected men, they noted.

Antiretroviral drug regimens have been implicated as factors in explaining the risk of CAD and myocardial infarction in those with HIV infection. Protease inhibitors and some nucleoside reverse transcriptase inhibitors are thought to increase the risk of CAD development, but data are conflicting, the researchers stated.

Just as with the general population, first-line intervention for all patients with HIV infection should include lifestyle modifications. Consider metabolically favorable ART drug regimens, and if the patient needs oral hypoglycemic drug therapy, choose insulin-sensitizing agents, such as metformin or thiazolidinediones. Also, consider how lipid-lowering agents interact with ART have been implicated in the down-regulation of cytochrome P450 3A4 (CYP34A). Atorvastatin, which is not entirely metabolized by CYP34A, should be the first-line hyperlipidemia agent in the HIV-infected patient, they noted.

When it comes to screening at-risk HIV-infected patients, the researchers offered, “for those with optimal medical management we suggest the use of stress echocardiography to assess for life-threatening plaque. In those with suboptimal medical management or poor metabolic control or in the case of clinician uncertainty regarding management, we advocate the use of CTCA in an effort to assess the burden of disease and dictate the aggressiveness of pharmacological therapy or the need for further intervention.”

They noted that failure to recognize HIV infection as a significant independent risk factor in acute coronary syndrome may be responsible for poorer outcomes in acute and sub-acute settings.

ACC.21: High- and Low-Dose Aspirin Both Effective for Patients with Established Cardiovascular Disease 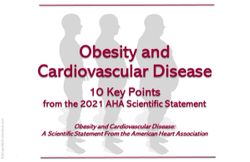 AHA Statement on Obesity and CVD: 10 Key Points, to Start 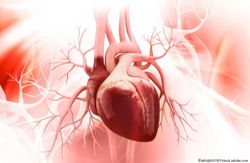