Shingrix and Zostavax: A Compare and Contrast Quiz

Take our 5-question quiz to see what you know about these 2 vaccines, the similarities and differences, and how to accommodate both, for now.

At the end of 2017, the US FDA granted approval to GlaxoSmithKline for its shingles vaccine Shingrix, for adults age 50 years and older. Shingrix now stands to replace Zostavax (Merck), previously the only vaccine against herpes zoster and recommended for all adults age 60 years and older when it was approved in 2006.

Our 5-question quiz will test what you know about how the vaccines differ, patient selection for each, and about how shingles vaccine practice is going to shift to accommodate the newer of the two.

A 62-year-old man is in your office for vaccination with the new shingles vaccine Shingrix. He has asthma and is on every-other-day (QOD) dosing of 10 mg of prednisone and today has a cold.

The correct answer is A. Yes; he can have the vaccine despite his prednisone dose since Shingrix contains no live virus.

The correct answer is C. No, she needs to wait at least 2 months after receiving Zostavax per ACIP guidelines.

The ACIP, the committee that recommends vaccine policy for the CDC, is reluctant to recommend a specific vaccine over other competing vaccines.

The correct answer is F. C (Shingrix over Zostavax) and D (Flumist over inactivated flu shot in children) are both correct

For option A, given that the WHO and FDA only pick the right influenza B lineage in the trivalent vaccine about half the time (and they only have two to pick from; might as well just flip a coin), the quadravalent flu vaccine with both lineages in the vaccine is always going to have the correct flu B coverage unlike the trivalent that has only one of the two B lineages. Despite the clear advantage of the quadravalent vaccine in about 50% of seasons, the ACIP considers them equivalent with no recommendation of one over the other.

For option B, high-dose Fluzone has been shown to be more effective in randomized blinded trials over the regular dose Fluzone for seniors. The ACIP considers them equivalent with no recommendation of one over the other.

Option C--Shingrix is recommended over Zostavax for prevention of shingles in persons over the age of 50. The vote in the ACIP was close, 8 in favor and 7 opposed for a preferential recommendation.

As for option D, Flumist, not recommended by the ACIP for the current and previous flu season, did at one time have a preferential recommendation for use in children over the inactivated flu vaccines.

The correct answer is A and C are True

Zostavax is stored frozen and is given subcutaneously. Shingrix is stored at refrigerator temperatures and is given IM, making options A and C true. Options B and D are false as both vaccines need to be protected from light and neither should be given during an active outbreak of shingles.

According to data reported in the manufacturer’s prescribing information (PI) one of the two shingles vaccines caused fever (> 100.4°F) in more than one-quarter of recipients aged 50 to 70 years with a fever rate of approximately 3% for placebo. The other vaccine's PI reports a fever rate of < 1% in both the vaccine and placebo recipient groups.

The correct answer is B. Shingrix

Since no head-to-head trials comparing side effects of the two vaccines have been done, no reliable conclusions can be reached based on the studies reported in the drugs’ respective PIs. Every clinical trial is performed under different conditions (eg, time of year, study subject characteristics [race, sex, age, etc]). Nevertheless, based on the data as presented in the PIs, however, it would appear that Shingrix is much more likely to cause fever in recipients. 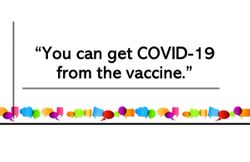