Allergen-specific immunologic tolerance that prevents occurrence of allergy can be established through a cell-based therapy that employs allergen-expressing leukocytes, according to a new study.

The results suggest that it may be possible in the future to prevent allergies before they appear with endogenic cells or other vaccination strategies.

Almost one-third of the population in industrialized countries is affected by IgE-mediated allergy. “To prevent allergy we developed a cell-based protocol with the concept to modify the body's own cells to express an allergen and to reinfuse those modified cells. This concept leads to avoidance of allergic reactions after allergen contact such as specific IgE production and the development of allergic asthma,” stated the researchers, led by co-senior authors Rudolf Valenta and Thomas Wekerle of the Medical University of Vienna, Vienna, Austria.

Therapeutic strategies for the prophylaxis of IgE-mediated allergy remain an unmet medical need. “Cell therapy,” the authors stated, “is an emerging approach with high potential for preventing and treating immunological diseases.”

The researchers developed a cell-based therapy that induces permanent allergen-specific immunologic tolerance for preventing IgE-mediated allergy. This was demonstrated in a syngeneic model in mice by transplanting bone marrow cells of a unique allergen-expressing transgenic mouse into pretreated recipients.

Mice treated with Phl p 5 bone marrow did not develop Phl p 5-specific IgE despite repeated administration of the allergen, while mounting and maintaining a strong humoral response towards the control allergen.

Wekerle noted that "the long-term effect gives rise to the hope for… a life-long protection from allergies with a single vaccination. However, it is much too early for an application in the clinic."

The researchers suggest that particular risk groups could be initially vaccinated, for example, children whose parents suffer from allergies, with the goal of preventing the allergy to avoid severe consequences, such as asthma.

Often, allergies start with hay fever, but can frequently lead to asthma and more severe life-threatening symptoms, stated Valenta, adding that it would be practical to have a virtual map of allergens. "It is known precisely which allergens work at an allergy; thus, one could use this fact to specifically immunize cells and render them tolerant," Valenta stated.

The researchers published their results in the March 2016 EBioMedicine. 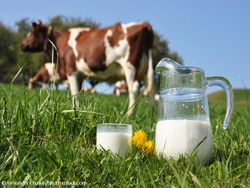 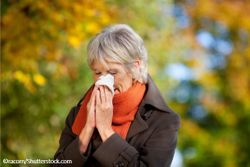 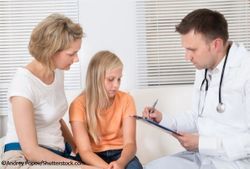