Recent vaping behavior is the only commonality found among teens and young adults hospitalized in 2 midwestern states, for severe respiratory symptoms.

A "cluster" of severe and apparently vaping-related lung problems has sent 15 people to hospitals in the Midwest. Specifically, the Wisconsin Department of Health Services (WDHS) reported it is studying 12 confirmed respiratory cases and investigating another 13.

All patients reported having recently vaped and were teens or young adults, both males and females.

The symptoms reported inlcude chest pain, shortness of breath, fatigue, cough, diarrhea, and weight loss. Symptoms became worse over a period of days or weeks before patients required hospitalization. No cause has yet been identified but physicians who have seen the cases propose that young age, including incomplete lung development, combined with constituents of e-cigarette vapor, may be a trigger.

A memo from WDHS said there was no evidence of infection. "Chest radiographs showed bilateral opacities, typically in the lower lobes, and CT imaging...showed diffuse ground-glass opacities, often with subpleural sparing." In several cases the severity of respiratory distress required intubation but those cases resolved with steriod therapy.

Information on brands and types of products was not yet available.

The Illinois Department of Public Health (IDPH) in a statement on August 2 also reported hospital admission of 3 youths for "vaping-related respiratory symptoms." Both the IDPH and WDHS urge all healthcare providers to remain vigilant for cases similar to these and to report any such observations to local public health officials. Physicians also are asked to make discussion of e-cigarettes, vaping, and any type of inhalation drug use routine during office visits and particularly with teens and young adults.

In addition to reports of respiratory adverse events, the FDA is investigating a possible association between e-cigarettes and more than 100 cases of seizure or other neurologic symptoms. FDA is continuing to colletct information on this type of reaction and any information should be reported to FDA's Safety Reporting Portal.

The American Association of Poison Control Centers reports that as of July 31, US poison control centers have managed 2439 exposure cases related to e-cigarette devices and liquid nicotine this year; this includes all ages. See image below for annual number of cases reported since 2011, the year in which poison control centers began to recieve calls about e-cigarettes and liquid nicotine products. The timing approximates introduction of these products into the US market. 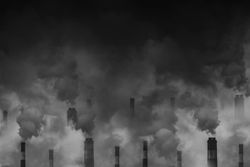