Testing is recommended for the persons who are more likely to have the virus but not know it.

Hepatitis C virus (HCV) infection is the most common chronic blood-borne infection in the United States, but newly infected patients typically are asymptomatic or have a mild illness. HCV testing is recommended for all adults born between 1945 and 1965, the persons who are more likely to have HCV but not know it.

Identifying patients who are infected with HCV is important for the following reasons:

âº Clinicians can offer counseling and options for treatment.

âº Patients can take the necessary measures to limit HCV-associated disease progression, such as avoiding alcohol intake and getting needed vaccinations, including those to prevent infection with hepatitis A virus (HAV) and hepatitis B virus (HBV).

âº Transmission of HVC to an uninfected person can be minimized.

Antiviral therapy for HCV is targeted for persons who have active HCV infection. Therefore, clinicians should differentiate between those who have chronic HCV and those with resolved infection. Consider the following algorithm:

What Tests to Order for HCV Infection?

The following are the tests to order for HCV:

âº Once a person is infected with HCV, HCV Ab generally remains positive for life.

âº Antibodies to HCV can be detected by several assays (eg, rapid immunoassays that are performed as point-of-care tests, home tests, and immunoassays performed in a laboratory).

âº If the HCV Ab result is “reactive,” follow the algorithm.

O In this case, the HCV Ab will be negative but the HCV RNA will be positive.

O It takes about 4 to 6 weeks from the time of infection for the HCV Ab to form. Thus, if a patient is tested prior to 4 to 6 weeks after exposure, the HCV Ab may be negative.

O A negative HCV Ab also can occur in immunocompromised patients, such as those with HIV infection, because of their decreased immune capacity to develop antibodies.

O In these rare cases, the HCV Ab will be positive (because of cross-reactivity with other proteins) but the HCV RNA will be negative.

âº HCV RNA can be detected in the blood using a nucleic acid test (NAT assay) as early as 1 to 2 weeks post exposure to HCV.

âº HCV RNA detection is a confirmatory test used for diagnosis and management of patients who have a positive antibody to HCV.

âº The quantitative HCV RNA can be monitored during treatment to assess response to treatment.

âº For patients who have been exposed to HCV within the past 6 months and who have an initial negative HCV Ab, the CDC recommends testing for HCV RNA or repeat HCV Ab testing to detect the presence or absence of HCV.

âº Once there is confirmatory HCV testing (HCV RNA), obtaining the specific genotype is important.

âº HCV is classified according to various genotypes, from 1 to 6.

O The genotype is important when treatment options and duration are considered.

âº Once a genotype is identified, there is no need to repeat it.

O These tests typically are required by private insurance companies and state Medicaid insurers, especially if the plans limit treatment to the most advanced groups (eg, fibrosis scores of F3 and F4).

O A liver biopsy no longer is required to assess for degree of fibrosis.

âº HBV and HAV serology.

O Vaccinate against these viruses if there is no evidence of immunity.

Coming soon, the next part of this Special Report on Hepatitis C and Primary Care will focus on Medicaid treatment issues. Watch your email for eNewsletters from Patient Care and visit our homepage at www.patientcareonline.com to check for updates. 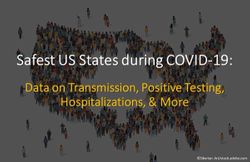