Hygiene and Health: Are We Too Clean?

How do we combat waning human immunity? Our slide show summarizes 5 new reports that suggest it’s essential to figure that out.

A recent New York Times article sparked new interest in an old debate: the topic of exposure to vs protection from germs and bacteria in childhood as a foundation for health in adulthood. In the article, Pulitzer Prize-winning reporter Matt Richtel outlined the evolution of the hygiene hypothesis (ie, early hypercleanliness suppresses later immunity) and summed up current thought: “Leading physicians and immunologists are reconsidering the antiseptic, at times hysterical, ways in which we interact with our environment.”

Times author Richtelstated: “We have created a mismatch between the immune system-one of the longest surviving and most refined balancing acts in the world-and our environment…We have minimized the regular interaction not just with parasites but even with friendly bacteria and parasites that helped to teach and hone the immune system-that ‘trained’ it…What does the immune system do when it’s not properly trained? It can overreact.”

Exposure to infections and commensal microorganisms in childhood educates the immune system to respond appropriately to innocuous and dangerous stimuli. Aberrant responses to this innocuous stimuli can lead to allergic diseases in various populations. As the Times article reported, the prevalence of food and skin allergies has increased dramatically in recent years. Between 1997–1999 and 2009–2011, food allergies increased 50% and skin allergies rose 69% in US children. Skin allergies now affect 15% to 30% of children and 2% to 10% of adults in industrialized countries, having doubled or tripled over the past 30 years.

In a recent comparison of the microbiota present on surfaces of unrestricted buildings (eg, public buildings and private houses) and confined buildings (eg, intensive care unit), increased confinement and cleaning was associated with a loss of microbial diversity. Researchers concluded that this loss of diversity correlates with a rise in antimicrobial resistance-a serious threat to global public health-and suggested a need for strategies to reestablish bacterial diversity in built environments.

In a new study of the reactivity of the mouse intestinal immune system during the first weeks after birth and into adulthood, the intestinal microbiota produced a strong immune response when solid food was introduced during weaning. Inhibition of this weaning reaction to microbiota led to pathological imprinting and increased the mice’s susceptibility to colitis, allergic inflammation, and cancer later in life. The researchers concluded that early exposure to microbiota is critical for normal development of the immune system.

A study of the effects of light exposure on dust communitiesshowed that dust has living bacterial taxa that can be inactivated after altering local abiotic conditions. Light exposure by itself decreased abundances of viable bacteria and communities that were compositionally different from those in rooms without light. Normal window-filtered sunlight may have bactericidal potential similar to ultraviolet wavelengths across dosages relevant to real buildings.

Bacteria live everywhere, but they thrive in these 5 workplace locations: Elevator buttons and escalator railings; office doors; keyboards; conference room phones; and break room coffee cups. And these 5 typical eating-related behaviors often work overtime at spreading disease: Eating birthday cake (think about what happens when the celebrant blows out the candles); requesting ice and lemon in your beverage; sharing food, with utensils or by hand; “double-dipping;” and handling a menu. Many of these examples are common knowledge but others may be worth discussing in clinical practice, particularly with patients who are immunocompromised by disease or its treatment.

Modern hygiene and health has been the topic of a variety of recent reports in prestigious scientific journals and in the popular press. We summarize 5 in our short slide show, below. Some conclusions may already be common knowledge, but others may be worth discussion in clinical practice. 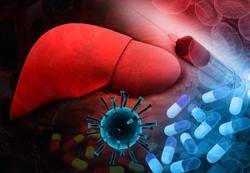 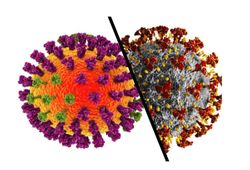