Identifying drug-induced lung injury in a patient with rheumatoid arthritis

We describe a case of sulfasalazine-induced pneumonitis in a complex medical patient. This case illustrates the potential for drug-induced pulmonary disease and the vigilance needed in evaluating patients with subacute respiratory decompensation. Proper recognition and treatment most likely prevented the progression of acute respiratory failure and, possibly, irreversible lung injury or death.

A 44-year-old man with severe rheumatoid arthritis (RA) and hepatitis C was admitted to the medical ICU with methicillin-sensitive Staphylococcus aureus septic arthritis of the right knee requiring surgical debridement. He had a history of methicillin-resistant S aureus skin infections and a remote history of polysubstance abuse, including injection drug use.

Sepsis developed, and the patient had acute respiratory failure requiring mechanical ventilation. Ventilator-associated pneumonia ensued, and the patient was treated with intravenous cefepime and vancomycin. He also received nafcillin for septic arthritis and warfarin for deep venous thrombosis of the right lower extremity.

A chest radiograph showed a resolving retrocardiac opacity with low lung volumes and small bilateral pleural effusions, but otherwise clear lung parenchyma. The patient's clinical recovery paralleled the radiographic improvement, and he was weaned from mechanical ventilation and transferred to the hospital ward.

The patient's RA had been treated with adalimumab without known complications, but this therapy was discontinued for insurance-related reasons approximately 1 month before hospitalization. While hospitalized, he was treated with oral prednisone (20 mg daily) and sulfasalazine (1 g twice daily). He continued to receive vancomycin, cefepime, and nafcillin. His other medications included esomeprazole, tamsulosin, oral morphine, potassium chloride, and metoclopramide.

Figure 1 – Bilateralinfiltrates with right lung perihilar consolidation can be seen in the chest radiograph taken 11 days after the initiation of sulfasalazine therapy. Other radiographic findings include a left mid-lung zone infiltrate and bilateral perihilar interstitial prominence.

Figure 2 – Patchy ground-glass opacities are evident on these CT scans of the chest (Figure B is the lower cut). There also is evidence of early consolidation in the right lower lung, mediastinal lymphadenopathy with bilateral hilar fullness, and bilateral small pleural effusions.

On examination, the patient was febrile (temperature, 39.8°C [103.6°F]); tachycardic (130 beats per minute); tachypneic (33 breaths per minute); and hypoxemic on room air, with an oxygen saturation of 99% on 10 L per minute of oxygen by non-rebreather mask. His blood pressure was 130/80 mm Hg. He was visibly uncomfortable, spoke in incomplete sentences, and had a ruddy facial complexion. No cervical lymphadenopathy or jugular venous distention was found.

Mid-lung zone crackles were louder on the right than on the left, but there was no wheezing or egophony. No heart murmurs, rubs, or gallops were heard, and the cardiac point of maximal impulse was nondisplaced. The patient's abdomen was soft, nontender, and nondistended with active bowel sounds. There was no clubbing, cyanosis, or edema of the extremities. However, both hands had characteristic deformities of RA. No rash, petechiae, bruising, or hyperpigmentation was found. There were no focal neurological deficits.

Laboratory results included a peripheral blood leukocyte count of 12,800/µL, with 76% neutrophils, 12% lymphocytes, and 12% monocytes without peripheral eosinophilia; hematocrit level of 21%; and platelet count of 491,000/µL. The patient had chronic anemia without any clinical evidence of bleeding. Liver function test results were normal except for a mildly elevated total bilirubin level (1.8 mg/dL) and a low albumin level (1.9 g/dL).

His serum bicarbonate level was 20 mEq/L, with normal anion gap; blood urea nitrogen level was 12 mg/dL; and creatinine level was 1.7 mg/dL (increased from 1.2 mg/dL). HIV test results were negative. Arterial blood gas analysis revealed a pH of 7.47, PCO2 of 33 mm Hg, and PO2 of 159 mm Hg on supplemental oxygen. The antinuclear antibody titer was 1:320, but the results of tests for anti-DNA and anti-histone antibodies were negative. All cultures of blood, urine, and sputum were without growth.

An echocardiogram revealed normal chamber sizes, normal wall motion, an ejection fraction of 60%, an estimated pulmonary artery pressure of 30 mm Hg, no valvular abnormalities or regurgitation, and no vegetations.

Less than 24 hours later, the patient's fever and shortness of breath resolved. His supplemental oxygen requirement decreased to 2 L/min by nasal cannula. He was able to ambulate and speak in full sentences. His oxygen saturation was 100% on room air by the third day of treatment.

Twelve days after prednisone treatment, there was significant interval improvement in the bilateral opacities previously noted; after 30 days of prednisone, complete radiographic resolution was seen (Figure 3). Two months after moderate-dose prednisone (30 mg daily), a CT scan of the chest revealed complete resolution of both infiltrates and lymphadenopathy.

At 2 months' follow-up, the patient continued to do well without respiratory complaints, exercise limitation, hypoxemia, or radiographic abnormalities.

Many reported clinical syndromes are associated with pulmonary drug reactions, and their manifestations are varied.1-6 Unfortunately, the morbidity resulting from these adverse drug reactions is significant and costs hundreds of millions of dollars in health care expenses.5 This may be the result of misdiagnosis or delayed diagnosis in unsuspected or difficult cases.

Some of the reported cases illustrate several challenges in establishing a definitive causal link between sulfasalazine and respiratory illness. However, we believe that the overall findings in our case, especially

the temporal associations, could be explained only by sulfasalazine- induced pneumonitis. To assess this further, we reviewed 8 criteria for the diagnosis of drug reactions (Table).2

The most common symptoms of sulfasalazine-induced lung injury are dyspnea, cough, and fever; about 50% of patients have pulmonary crackles on auscultation.10,11 Most affected patients are middle-aged, with a slight male predominance, and ulcerative colitis is the most common indication for sulfasalazine use.

The daily dose of sulfasalazine ranges from 1 to 8 g (mean, 3 g) with an average drug exposure of 17.8 months. Pulmonary toxic effects can appear in 2 weeks or take as long as 1 year to occur. In one reported case, pulmonary disease did not manifest until after 4 years of sulfasalazine therapy.12 In another case, disease manifested after 6 years, which is extremely unusual. 13 Unfortunately, the risk factors for the development of pulmonary toxicity remain unclear.

Peripheral eosinophilia occurs in about half of the reported cases. Arterial blood gas analysis usually shows hypoxemia, and pulmonary function tests may reveal a restrictive or obstructive pattern or a mixed obstructive-restrictive pattern13 with diminished carbon monoxide–diffusing capacity.14-16

The chest radiographic findings are abnormal and include alveolar infiltrates, interstitial markings, and nodules.10,17 Although most cases have reported mid- to lower lung zone distributions,18 a few have described upper lobe alveolar infiltrates.19-21 Chest CT scans typically show infiltrates and ground-glass opacities, with a mid- to lower lung zone distribution; upper zone disease has been reported in a minority of cases.

Lung biopsy and BAL were performed in fewer than 50% of reported cases of sulfasalazine-induced lung injury. BAL eosinophilia (23% to 69%) was noted in about 50% of the 11 cases in which BAL was performed.10 In one case, peripheral eosinophilia was seen in the absence of BAL eosinophilia.22

Some reports have described a re-challenge with sulfasalazine to establish a causal link. In some cases, this has been done successfully15,16,22,33,45; however, in one case, acute interstitial pneumonitis developed after restarting sulfasalazine. 12 There are pragmatic, safety-related, and ethical limitations to this approach, but it may be considered in select cases.

The mainstay of therapy is immediate removal of sulfasalazine as soon as the diagnosis of pulmonary toxicity is suspected. Discontinuing the drug typically results in resolution of symptoms, with or without corticosteroid therapy.

Of the 50 reported cases, most were managed primarily by drug withdrawal, and corticosteroids were prescribed for fewer than half.10 Of the patients receiving corticosteroids, 80% improved and 65% had resolution of pulmonary symptoms by 2 months.1 The need for corticosteroid treatment is still debated. In some cases, desensitization was tried, to allow continued use of sulfasalazine despite the adverse reaction, but this was often unsuccessful.19,24,46

•Sulfasalazine treatment should be discontinued immediately in any patient who has been taking this drug and has respiratory symptoms and abnormal chest radiographic findings.
•Arterial blood gas analysis, complete blood cell count, and pulmonary function testing should be included in the initial evaluation.
•A diagnosis of pulmonary eosinophilia portends a good prognosis, whereas fibrosing alveolitis appears to have a poorer prognosis.
•Neither histological confirmation of a diagnosis nor BAL findings contribute to management when the role of histology or BAL was limited to the exclusion of other conditions. However, if the diagnosis is in doubt and lung histology is required, thoracoscopic biopsy is preferred to open lung biopsy.
•A trial of systemic corticosteroid therapy should be considered if the patient does not improve despite sulfasalazine withdrawal, especially if fibrosing alveolitis is suspected or the patient is seriously ill.

Fortunately, clinical improvement and recovery of lung function occur in most cases of sulfasalazine-induced pneumonitis.27 Resolution (defined as improvement in symptoms and in objective laboratory, physical examination, and radiographic findings) typically occurs within 6 to 7 weeks of discontinuing sulfasalazine. However, resolution may occur as early as 1 week or as late as 6 months.11

The possibility of drug-induced pulmonary disease should be considered in any patient with unexplained respiratory symptoms who is being treated with medications, regardless of the dosage or the underlying condition. Although adverse reactions occur in only a minority of patients, it is imperative to recognize drug reactions early because some may be fatal or cause irreversible lung injury. One of the many challenges is that drug-induced lung disease is a diagnosis of exclusion; when this diagnosis is suspected, the drug must be discontinued immediately. 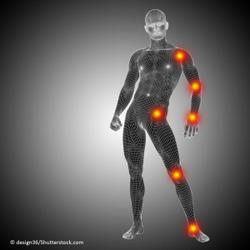 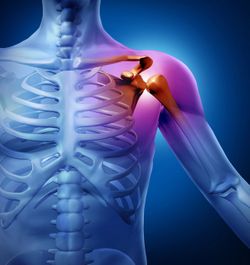 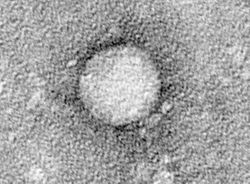