Results of a large prospective study

An international prospective study conducted by de Marco and associates indicates that the incidence of chronic obstructive pulmonary disease (COPD) is fairly high in young adults. It also found that the presence of chronic cough and phlegm is a significant risk factor for the development of COPD, regardless of smoking habits.

The study included a cohort of 5002 persons, aged 20 to 44 years, who had normal pulmonary function at baseline and did not have asthma at the time of enrollment. During a median follow-up of almost 9 years, incident cases of COPD were identified on the basis of a ratio of forced expiratory volume in 1 second to forced vital capacity of less than 70% in the absence of a diagnosis of asthma.

In an accompanying editorial, Vestbo notes that the results of this study refute the belief that COPD will develop in about 15% of smokers. The lifetime risk of COPD in smokers is probably 35% to 50%. The predictive value of chronic mucus production has been somewhat controversial. Although chronic mucus production contributes to the decline in lung function in patients with COPD, some studies have not found it to be an early marker for disease progression.

In addition, Vestbo says that before the above-mentioned findings can be completely accepted, it would be important to rule out the misclassification of asthma as COPD. Although de Marco and colleagues excluded patients with known asthma, the relatively low rate of asthma in their study group suggests the possibility of diagnostic bias. 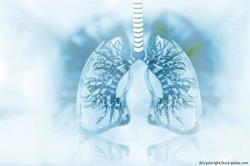 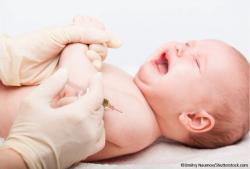