A 54-year-old woman presents for an initial consultation. She has multiple chronic disorders, including type 2 diabetes mellitus and hypertension, for which she takes various medications-none of which are new.

HISTORY
A 54-year-old woman presents for an initial consultation. She has multiple chronic disorders, including type 2 diabetes mellitus and hypertension, for which she takes various medications-none of which are new.

Skin lesions are noted on her arms and legs. When questioned about them, she says that she has had them for “a long time.” These lesions are somewhat itchy and are aggravated by the patient’s “rubbing” them. She denies any fever, sore throat, vaginal discharge, or previous dermatologic disorders.

PHYSICAL EXAMINATION
Multiple lesions are identified all over her body in no specific pattern; however, they are bilateral and symmetric. The lesions are in different stages of healing, but most are scarred over. After further questioning, the patient says that she has impulses that compel her to “rub” at her skin. She seems embarrassed by the lesions but does not think that they require medical treatment.

Figure – This close-up view of the patient’s neurotic excoriations shows lesions in various stages of healing.

Neurotic excoriation is also known as “skin picking.” It is classified as an impulse-control disorder not otherwise specified (NOS) in the Diagnostic and Statistical Manual of Mental Disorders, 4th Edition, Text Revision (DSM-IV-TR). The lesions are self-inflicted and may be weeping, crusted, or in different stages of healing with postinflammatory changes in skin pigmentation.

NEUROTIC EXCORIATION: A BRIEF OVERVIEW
Skin picking is usually undertreated and underreported because patients are embarrassed and ashamed of their behavior. The extent of dermatologic injury represents the degree of distress experienced by the patient: the worse the skin damage, the higher the overall level of stress. The duration of episodes ranges from minutes to as long as an hour a day. Medical complications from skin picking include bleeding and secondary infection. Some of the underlying psychiatric diseases associated with neurotic excoriation include body dysmorphic disorder, anxiety, depression, and obsessive-compulsive disorder (OCD). First-line treatment consists of psychotherapy and selective serotonin reuptake inhibitors (SSRIs).

Dermatitis artefacta. This is a factitious disorder in which patients inflict the lesions on themselves but typically deny that they did it. The condition is usually associated with an underlying psychiatric disorder, such as OCD, borderline personality disorder, depression, psychosis, or mental retardation. According to some studies, dermatitis artefacta is up to 20 times more prevalent in women than in men.1 Patients can cause the lesions in numerous ways; they can burn, pick, cut, pinch, or bite themselves. They may also apply chemicals to their skin to cause the lesions. The lesions are usually asymmetric and within reach of the patient’s dominant hand.

Psychogenic pruritus. In this cyclical disease, stress can cause pruritus and pruritus can cause stress. When the stressor is applied, it causes the release of histamine, leading to changes in skin temperature, sweating, and blood flow. Some of the underlying psychiatric conditions associated with psychogenic pruritus are anxiety, depression, and obsessive or aggressive behavioral disorders. Cognitive-behavioral therapy and antidepressants are the mainstay of treatment. 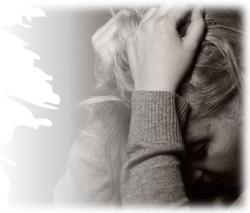