People with type 2 diabetes (T2D) inadquately controlled with noninsulin therapies who used flash glucose monitoring (FGM) achieved significantly greater time in range (TIR) and significantly greater reduction in HbA1c compared with those who did not use FGM, according to an interim analysis of the IMMEDIATE study. The findings were presented at the American Diabetes Association 82nd Scientific Sessions, June 3-7, 2022.

Continuous glucose monitoring (CGM) has been integral to improving glycemic outcomes in people with diabetes who are treated with insulin regimens, according to authors of the current analysis. Of interest to the investigators was the impact specifically of FGM on time spent in target glucose range among adults with T2D treated with noninsulin diabetes medications not reaching HbA1c targets.

IMMEDIATE is a multicenter randomized, 2-phased cross-over study (ClinicalTrials.gov ID: NCT04562714) with each phase running for 16 weeks. In phase 1, results of which are reported here, participants were randomized in a 1:1 ratio to receive a FGM device plus diabetes self-management education (DSME) (intervention) or to recieve DSME only (control).

The primary outcome measure of the first phase was the proportion of time spent within target glucose range (3.9 to 10.0 mmol/L) during the last 2 weeks of the 16-week period. The outcome was assessed by blinded CGM device worn at baseline and at outcome. Among the secondary outcomes of interest were mean HbA1c at end of phase 1, documented episodes of hypoglycemia, and satisfaction with FGM.

Based on this interim data analysis, FGM users with T2D using noninsulin therapies spent signficnalty greater TIR than those who did not use FGM, had greater reductions in HbA1c, and reported satisfaction with glucose monitoring, the researchers write in the study abstract.

Diabetes and Obesity: Why Obesity Treatment Should Come First 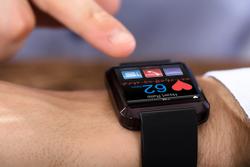