The USPSTF is rumored to have moved screening for chronic kidney disease to a preventive service it is actively considering and the NFK says, "It's time."

The National Kidney Foundation (NFK) on Tuesday issued a statement in response to media reports that the United States Preventive Services Task Force (USPSTF) has added screening for chronic kidney disease (CKD) to the list of preventive services it is actively considering.

The USPSTF last addressed the issue in 2012 saying it found insufficient evidence at the time to assess routine screening for CKD in asymptomatic adults. According to current USPSTF chair Carol Mangione, MD, MSPH, writing in an email received by Reuters, that conclusion no longer reflects the latest science and is now inactive.

Rosas. “Ultimately, CKD is a health equity issue – African Americans are 3 – 4 times more likely to develop kidney failure than Whites. If we can identify individuals with CKD earlier – at a more manageable stage of their disease – we can slow disease progression and help achieve better outcomes for all populations, but especially those at highest risk for kidney failure. The news that the USPSTF has agreed to review kidney disease screening again, is welcome. However, no timeline for future recommendations has been set. The USPSTF must act and act soon if we ever hope to adequately address inequity in CKD care.”

Based on current evidence, according to the NFK, several national organizations, ie, the NKF Kidney Disease Outcomes Quality Initiative (KDOQI), the American Diabetes Association (ADA) and the Kidney Diseases Improving Global Outcomes (KDIGO) already recommend testing for individuals at increased risk for CKD, such as those with diabetes, hypertension, cardiovascular disease, family history of kidney disease and individuals with a history of acute kidney injury.

According to the Reuters report, a recommendation from USPSTF may trigger insurance coverage for testing. The process to reach that point, however, may take as long as 3 years. The panel first prioritizes an update of the screening recommendation, then creates a draft of the plan and posts it for public comment.

In its early stages, kidney disease is asymptomatic and so often not intensively managed until an individual has progressed to kidney failure, according to the NFK. The CDC estimates that 15% of US adults or 37 million people have CKD but that 90% do not know they have the progressive disease and approximately 2 in 5 with severe CKD are unaware that they have it. Further, the NFK estimates that approximately 800 000 US adults are living with end-stage renal disease that requires either dialysis or kidney transplant to avoid death. CKD is more common among people aged ≥65 years, leading to annual Medicare costs exceeding $153 billion.

Testing for CKD is noninvasive and inexpensive and relies on blood tests to detect for creatinine levels and urinalysis for albuminuria. Early detection can slow or stop disease progression and stem associated cardiovascular risks.

A USPSTF spokesperson confirmed to Reuters that the potential change has not been announced in any public forum at this time.

Beyond HbA1c: Take a Global Approach to Type 2 Diabetes Management, Use all the Tools 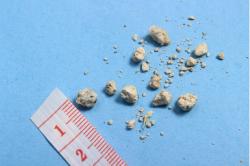