The new approval for risankizumab makes it the only interleukin-23 inhibitor for moderately to severely active Crohn disease, according to AbbVie.

AbbVie announced that the US Food and Drug Administration (FDA) approved risankizumab-rzaa (Skyrizi) to treat moderately to severely active Crohn disease (CD) in adults, making the drug the first specific interleukin-23 (IL-23) inhibitor labeled for this population in the US, according to a company press statement.

Quoted in the announcement, AbbVie chief scientific officer Thomas Hudson noted that the approval marks “the first new treatment option in six years for moderately to severely active CD, which may provide patients with a meaningful level of endoscopic improvement."

The FDA’s decision was based on results from 3 key trials. In the 2 late-stage induction studies, ADVANCE and MOTIVATE, the primary endpoints—clinical remission, measured using the Crohn's Disease Activity Index (CDAI), and endoscopic response—were met at 12 weeks. According to AbbVie, both clinical response and clinical remission were achieved as early as week 4 in a significantly greater proportion of patients in the risankizumab group vs the placebo group.

In FORTIFY, a phase 3, 52-week maintenance trial, a significantly greater proportion of patients treated with risankizumab vs placebo achieved the co-primary endpoints of endoscopic response and clinical remission at week 12 and week 52, respectively.

"In both the induction and maintenance clinical trials, a significantly greater number of adult patients saw few or no symptoms and a meaningful reduction of visible signs of intestinal inflammation, compared to placebo," said Marla Dubinsky, MD, chief, division of pediatric gastroenterology for the Mount Sinai Health System, co-director of the Susan and Leonard Feinstein IBD Center at Mount Sinai. "This approval provides healthcare professionals with a greatly needed additional option for treating the disruptive symptoms of Crohn's disease."

The approval to treat CD expands the existing label for risankizumab, adding the indication to those for moderate-to-severe plaque psoriasis (2019) and active psoriatic arthritis (January 2022).

AbbVie currently has more than 30 ongoing or planned trials in inflammatory bowel disease, according to the statement.

According to the prescribing information for risankizumab, the dosing regimen for the treatment of CD is 600 mg administered by intravenous infusion over at least 1 hour at weeks 0, 4, and 8, followed by 360 mg self-administered by subcutaneous injection with an on-body injector at week 12, and every 8 weeks thereafter. 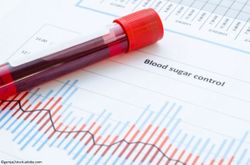