ASCO PROSTATE: Imaging Not Helpful in Men With Low PSA in Biochemical Failure

KISSIMMEE, Fla. -- After definitive prostate cancer therapy, there is little value in imaging studies when patients with biochemical failure are asymptomatic and have PSA levels less than 5 ng/mL, researchers here reported.

KISSIMMEE, Fla., Feb. 27 -- After definitive prostate cancer therapy, there is little value in imaging studies when patients with biochemical failure are asymptomatic and have PSA levels less than 5 ng/mL, said researchers here.

This conclusion, reported by a Cleveland Clinic team at a prostate cancer symposium here, emerged from data mined from the Cancer of the Prostate Strategic Urologic Research Endeavor (CaPSURE), a 13,000 patient database.

There was a ninefold increase in the likelihood of negative findings on imaging studies for patients with PSA levels below 5 ng/ml compared with patients whose biochemical failure was indicated by PSA levels 5 ng/mL or higher, said Toni Choueiri, M.D., a hematology and medical oncology fellow in Cleveland.

Dr. Choueiri said imaging studies are typically ordered to identify distant metastases and guide treatment. But this analysis suggests that many times those studies are unnecessary.

Dr. Choueiri and colleagues identified 292 patients in the database who had biochemical failure and had subsequent imaging studies performed with bone scans, computer-assisted tomography, or magnetic resonance imaging. Only 31 (11%) of those imaging studies were positive.

In addition to the PSA threshold, Dr. Choueiri said the data also suggest that PSA doubling time should be factored into the decision to order imaging studies.

Biochemical failure was defined as three consecutive PSA rises above nadir for radiation therapy patients and as two consecutive PSA of at least 0.2 ng/mL for radical prostatectomy patients.

He concluded that in the absence of disease-related symptoms, "imaging studies are unlikely to identify distant metastases when trigger prostate specific antigen is less than or equal to 5 ng/mL and PSA doubling time is greater than 10 months."

The CaPSURE database is a national, observational registry with longitudinal data on men with biopsy-proven disease.

It is funded by TAP Pharmaceuticals. Dr. Choueiri receives research funding from TAP. 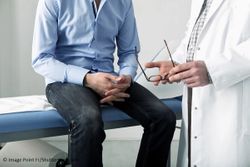 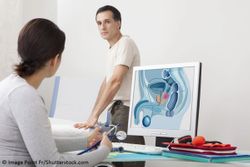 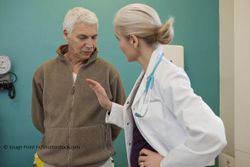