FDA Approved Dupilumab as the First Treatment for Eosinophilic Esophagitis

“As researchers and clinicians have gained knowledge about eosinophilic esophagitis in recent years, more cases of the disorder have been recognized and diagnosed in the U.S.,” said Jessica Lee, MD, director of the Division of Gastroenterology in the FDA’s Center for Drug Evaluation and Research, in a May 20, 2022, press statement. “Today’s approval will fulfill an important unmet need for the increasing number of patients with eosinophilic esophagitis.”

The efficacy and safety of dupilumab in EoE was studied in a randomized, double-blind, parallel-group, multicenter, placebo-controlled trial. The trial included 2 separate 24-week treatment periods (part A and part B) that were conducted independently in separate groups of patients. In both parts, patients received placebo or 300 mg of dupilumab every week.

The 2 primary efficacy measures were the proportion of patients who achieved a pre-determined level of reduced eosinophils in the esophagus at 24 weeks and a change in Dysphagia Symptom Questionnaire (DSQ) score from baseline to week 24.

“Assessments incorporating the perspectives from patients with EoE supported that the DSQ score improvement in patients who received Dupixent in the clinical trial was representative of clinically meaningful improvement in dysphagia,” noted the FDA in the press release.

The drug is contraindicated in patients with known hypersensitivity to dupilumab or any of its inactive ingredients. Dupixent® carries warnings and precautions, including ones addressing potential development of allergic reactions, conjunctivitis, keratitis, or joint pain; use in patients with certain parasitic infections; and use in conjunction with live vaccinations, according to the FDA. 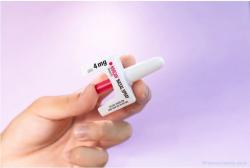