Flulaval: With New Age Indication, One Vax Now "Fits All"

Let’s see what you know about the new Flulaval indications.

Which of the following is NOT true of Flulaval?

A. The dose of antigen given is the same for Fluzone and Flulaval for children aged 6- to 16-months

B. Children under age 8 years who are flu-vaccine naÃ¯ve will need two doses.

C. The 10-dose vial contains mercury in the form of thimerasol.

Answer: Statement A is not true (The dose of antigen given is NOT the same for Fluzone and Flulaval for children aged 6 to 16 months)

The volume (0.5 cc) and dose of antigen (15 mcg for each strain) given to a child aged <36 months with the Flulaval vaccine is exactly the same as what is given to an adult.

Children under age 3 years who receive Fluzone get 0.25 cc volume with half the antigen (7.5 mcg per strain) as compared to what is given to an adult. Antibody levels and seroconversion rates in clinical trials were a little higher with Flulaval as compared to Fluzone, but it was not significantly different in the smaller studies. Only 0.6 % of the approximately 2,500 children aged 3 to 8 years who received Flulaval developed a fever over 39°C. The PI did not discuss side effects in the 3- to 36-month age range, but if one trusts the FDA they must not have been significant.

What does this mean for the practicing pediatrician and family practice doctors?

Up until now most pediatricians only ordered Fluzone since it was the only one approved for use in children aged 3 to 36 months. Less expensive flu vaccines (including Flulaval) were available but only approved for older kids. Most pediatricians felt the savings weren’t worth the hassle of having two different vaccines in the refrigerator along with the potential for giving an inappropriate vaccine to the younger child by mistake.

Another advantage for practices that care for children is that only one CPT code will be needed for those only using the 5-cc vial, 90688. Nor will a child aged <36 months get an overdose of Fluzone or a child aged >36 months get too low a dose in error. Anything we can do to reduce medical errors is helpful. Now one size, 0.5cc, fits all.

For extra credit, how do you pronounce “Flulaval?”

My GSK rep corrected me when I pronounced it as in A. “Just remember,” I was told, “it rhymes with “Flu for all.”  The answer is B.

Discusses the use of flu vaccine in egg allergic patients. http://www.cdc.gov/flu/protect/vaccine/egg-allergies.htm 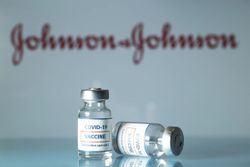