Abstract: In most patients, a life-threatening exacerbation of asthma is preceded by a gradual worsening of symptoms. However, some patients have a sudden onset of worsening symptoms, and these patients are at increased risk for respiratory failure and death. Risk factors for near-fatal asthma include a history of a life-threatening exacerbation, hospitalization for asthma within the past year, delay in time to evaluation after the onset of symptoms, and a history of psychosocial problems. Regularly monitoring peak expiratory flow rate (PEFR) is particularly important because it can identify a subset of high-risk patients--specifically, those with large fluctuations in PEFR and those who have severe obstruction but minimal symptoms. Signs of life-threatening asthma include inability to lie supine, difficulty in speaking in full sentences, diaphoresis, sternocleidomastoid muscle retraction, tachycardia, and tachypnea. (J Respir Dis. 2005;26(5):201-207)

Despite our increased understanding of the pathogenesis of asthma and improved therapies, asthma mortality and morbidity remain disturbingly high. Recognition of acute life-threatening asthma exacerbations by physicians is essential, since initiation of early aggressive therapy is critical in averting fatal outcomes.

Near-fatal asthma can be defined as the development of respiratory arrest resulting from asthma, with a PaCO2 greater than 50 mm Hg and/or an altered state of consciousness.1 Yet virtually all patients requiring hospitalization for asthma can be considered at risk for respiratory failure or death. By understanding the risk factors and pathophysiology of life-threatening asthma, clinicians can optimize their approach to all patients with asthma exacerbations.

In this article, we will review the risk factors for near-fatal asthma and the clinical presentation. In an upcoming issue of The Journal of Respiratory Diseases, we will summarize the key elements of pharmacologic management.

Patients with life-threatening asthma may have 1 of 2 distinct patterns of progression. Most patients have a gradual worsening of symptoms. This may occur over days or weeks or as a subacute exacerbation over hours to days. A minority of patients (up to 8% to 13% in some studies) have hyperacute or acute asphyxic asthma, in which respiratory failure develops within 2 hours of symptom onset.2-5 In a large prospective study, Plaza and associates4 found that patients with hyperacute asthma had significantly higher rates of impaired consciousness and absence of breath sounds on admission, fewer hours of mechanical ventilation, and fewer days of hospitalization.

Some patients with hyperacute asthma have a high variability in peak expiratory flow rate (PEFR).1 A sudden change in airflow in such patients probably results from acute bronchoconstriction rather than airway inflammation and edema, and it rapidly can lead to respiratory failure.1

A subset of these patients have abnormal physiologic responses to airway narrowing because of a blunted hypoxic ventilatory drive.6,7 They do not respond to bronchoconstriction and hypoxemia with hyperventilation,and they present with hypercapnia, even during moderate exacerbations.7,8

A second subgroup of patients do not perceive dyspnea even when they have severe obstruction and may be relatively symptom-free even with severe asthma.7,9 Although these subgroups may represent a small proportion of patients with asthma, they must be identified because they are at a much greater risk for death.

Regularly monitoring PEFR allows us to identify another group of patients who are at risk for life-threatening asthma.7,12 Sudden life-threatening exacerbations may develop in patients who have a normal PEFR, but with intermittent large fluctuations. This is true even after patients have been initially stabilized during acute exacerbations of asthma. Hetzel and associates11 showed that PEFR measurements had greater than 50% variability in 9 of 10 cases of respiratory failure occurring in patients after hospitalization for asthma. Identification of these "morning dippers" can lead to modification of therapy to attenuate or prevent sudden exacerbations.

In most patients with gradual worsening, ventilation-perfusion (V./Q. ) mismatch develops as a result of smooth muscle bronchoconstriction, airway edema, inflammation, and formation of mucous plugs. Airway narrowing leads to hyperinflation, causing intrinsic positive end-expiratory pressure (auto-PEEP), which is compounded by "breath stacking." One prospective study of patients with sudden-onset, near-fatal exacerbations of asthma suggests that the loss of lung elastic recoil and hyperinflation at total lung capacity are risk factors for life-threatening asthma exacerbations.9

Increased dead space also develops as a result of decreased capillary blood flow to areas of hyperinflation.13 Because of increased intrathoracic pressure, venous return is decreased, and the large negative pleural pressures generated during inspiration lead to increased ventricular afterload.13 Thus, the pulmonary and hemodynamic changes in asthma exacerbations can cause significant instability.

The greatest predictor of near-fatal asthma is a history of life-threatening episodes (Table). Hospitalization for asthma within the past year is the second most specific predictor. Other risk factors include inadequate long-term management, delay in time to medical evaluation after the onset of symptoms, a history of psychosocial problems, and emotional stress.9,14

Certain drugs, such as aspirin, ß-blockers, and NSAIDs, may predispose patients to asthma exacerbations. Picado and coworkers15 reviewed 92 asthmatic patients who required mechanical ventilation and found that aspirin had been the precipitating factor in almost 10% of the cases.

Illicit drug use and alcohol ingestion also may be significant factors in the morbidity and mortality of asthma. It is well known that near-fatal asthma is more frequent in young persons and that its incidence is higher on weekends.16 Although it has been assumed that this is related to increased outdoor exposure and reduced compliance with therapy, Levenson and colleagues17 reported a strong association between substance abuse and asthma deaths in Cook County, Illinois. They found that 32% of asthma deaths were associated with substance abuse (mainly cocaine, heroin, and alcohol).

In addition, Rothwell and associates19 found that patient delays in seeking medical help, inadequate assessment without objective measurements of ventilatory obstruction, and delays in institution of corticosteroid therapy were associated with in-hospital asthma mortality. Whether socioeconomic status truly affects the natural history of asthma or is only a marker for other variables, such as access to health care, remains unclear.

In general, patients with life-threatening asthma can be identified by a few key elements on physical examination. Patients may be unable to lie supine, have difficulty in speaking in full sentences, be diaphoretic, or have sternocleidomastoid muscle retraction. They may be tachycardic (pulse rate above 120 beats per minute) and tachypneic (respiration rate of more than 30 breaths per minute).

A pulsus paradoxus of more than 12 to 15 mm Hg may be present in some patients. This elevation is found when positive pressure during forced expiration leads to decreased venous return to the heart, while increased blood flow to the heart during inspiration results from the generation of large negative inspiratory pressures.

The clinical examination may reveal absent breath sounds bilaterally or diminished breath sounds with wheezes. Signs of barotrauma and right-sided heart failure may be present.20 Patients may progress to obtundation or may require cardiopulmonary resuscitation. These clinical findings are highly specific for a severe asthma attack, but they have a relatively low sensitivity.21

Objective measurements of lung function should include assessment of PEFR or forced expiratory volume in 1 second (FEV1) for all patients capable of performing these tests. Physician estimates of airflow obstruction are incorrect by more than 20% in more than 50% of cases, with errors of both overestimation and underestimation.20 As a result, objective assessment is critical.

The speed of response to therapy may also be used as a predictor of outcome.22 Patients who have an initial FEV1 of less than 30% predicted and less than 10% response (on the basis of objective measures) after 1 hour should be considered for admission.20

Evidence of obtundation, apnea, or cardiopulmonary arrest warrants immediate intubation. The arterial blood gas analysis, however, should not be used as the sole criterion for intubation. Most patients have only mild to moderate hypoxemia as a result of V./Q. mismatch, and they have respiratory alkalosis early in the course of respiratory impairment.

Some patients with life-threatening asthma have a significant degree of carbon dioxide retention with little impairment of their respiratory or neurologic status, and they may respond rapidly to therapy without requiring mechanical ventilation. Others may have more clinically significant deterioration even with a smaller elevation of PaCO2.

Wasserfallen and associates23 demonstrated that patients with hyperacute asthma were more likely to present with a severe mixed acidosis with extreme hypercapnia, respiratory arrest, and silent chest on admission. These patients responded more rapidly to medical interventions than did patients who had a more gradual deterioration.

In general, the clinical status of the patient on presentation and his or her response to therapy should guide the decision regarding hospital admission and the need for ICU care or mechanical ventilation. If respiratory arrest appears likely, a controlled intubation in a semielective setting is preferred to a more emergent one.

[Editor's note: In an upcoming issue of The Journal of Respiratory Diseases, Drs Goldberg and Peters will review the management of life-threatening asthma exacerbations.]

1976;1:882-884.
9. Magadle R, Berar-Yanay N, Weiner P. The risk of hospitalization and near-fatal and fatal asthma in relation to the perception of dyspnea.

1985;14:45-52.
22. Rodrigo G, Rodrigo C. Assessment of the patient with acute asthma in the emergency department. A factor analytic study. 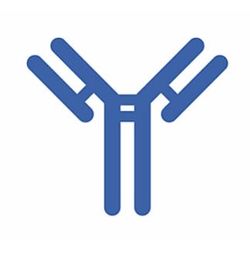 Majority of Asthma Patients Prescribed Dupilumab vs Other Biologics as Initial Rx, According to Extensive Real-world Analysis 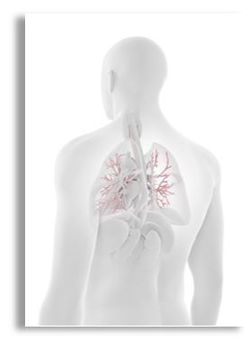