In May, the first cases of neurological complications associated with novel influenza A (H1N1) virus infection were reported to the CDC by the Dallas County Department of Health and Human Services in Texas.1 The patients-4 boys ranging in age from 7 to 17 years-were hospitalized with flu-like illness and seizures or altered mental status. All the patients received antiviral therapy, recovered fully, and had no neurological sequelae at discharge.

Neurological complications, including seizures, encephalitis, encephalopathy, and Reye syndrome, have previously been associated with seasonal influenza but not with novel H1N1 influenza. Influenza-associated neurological complications may account for up to 5% of cases of acute childhood encephalitis or encephalopathy; they were reported in 6% of influenza-associated deaths among children during the 2003 to 2004 influenza season in the United States.

For patients with respiratory illness and neurological signs, diagnostic testing for possible causative pathogens, including influenza viruses, is recommended. Also consider Reye syndrome in patients with viral illness and altered mental status. Although in one of the Dallas cases reported to the CDC, the patient received a salicylate-containing product and aspirin, no evidence of Reye syndrome was observed. Advise parents and other caregivers not to give salicylates and salicylate-containing products to children with influenza or other viral infections because of the increased risk of Reye syndrome.

Start antiviral therapy as soon as possible for any hospitalized patient with neurological symptoms and suspected seasonal influenza or novel influenza A (H1N1) virus infection. Although respiratory specimens should be obtained for diagnostic testing before administering antiviral agents, do not wait for the results before beginning treatment. Antiviral medications can reduce the risk of complications from influenza; however, the effectiveness of antiviral treatment in preventing influenza-related encephalopathy is unknown.

The CDC recommends that all children aged 6 months and older should receive annual seasonal influenza vaccination. No vaccine against novel influenza A (H1N1) virus is currently available, although candidate vaccines will be tested in clinical trials over the next few months. 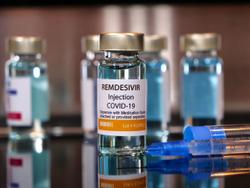 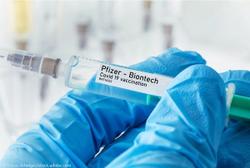