The dextromethorphan HBr-bupropion HCI combination uses the first new oral MOA in 6 decades and is labeled to improve depressive symptoms starting at 1 week.

The new agent is the first and only oral N-methyl D-aspartate (NMDA) receptor antagonist approved for the treatment of MDD and uses the first new oral nonmonoamine-based mechanism of action approved in more than 60 years, according to an Axsome statement. It is also the first and only rapid-acting medicine approved to treat MDD labeled with statistically significant antidepressant efficacy vs placebo starting at 1 week.

The FDA approval is based on findings from 2 key trials that enrolled a total of 1100 adults diagnosed with MDD: GEMINI, comparing effects of the novel agent to placebo, and ASCEND which compared the efficacy of dextromethorphan HBr -bupropion HCl to bupropion sustained-release tablets.

Results from the GEMENI study showed the treatment was statistically and significantly superior to placebo in improvement of depressive symptoms as measured by change in the Montgomery-Åsberg Depression Rating Scale (MADRS) total score at 6 weeks.

When compared with bupropion sustained-release tablets in the ASCEND study, dextromethorphan HBr -bupropion HCl also was statistically and significantly superior to the comparator on the primary outcome measure which was similar to that for the placebo-controlled trial. The most common adverse reactions were dizziness, headache, diarrhea, somnolence, dry mouth, sexual dysfunction, and hyperhidrosis, says Axsome.

The drugs’ combined activity targets glutamatergic neurotransmission, according to the Axsome statement, and “provides clinicians a long sought after new mechanistic approach which may benefit the millions of patients living with this serious condition,” said Dan V Iosifescu, MD, professor of psychiatry at the New York University School of Medicine, and Director of the Clinical Research Division at the Nathan Kline Institute for Psychiatric Research.

Approval of dextromethorphan HBr -bupropion HCl is lauded as “a milestone in depression treatment based on its novel oral NMDA antagonist mechanism, its rapid antidepressant efficacy demonstrated in controlled trials, and a relatively favorable safety profile,” Maurizio Fava, MD, department of psychiatry, Massachusetts General Hospital, and Slater Family Professor of Psychiatry, Harvard Medical School said in the statement. He adds that the rapid onset of symptom relief observed at 1 week and sustained “may have a significant impact on the current treatment paradigm for this condition,” which he describes as debilitating.

The FDA granted Breakthrough Therapy designation for Auvelity for the treatment of MDD in March of 2019. The agent’s New Drug Application was subsequently evaluated by the FDA under Priority Review. 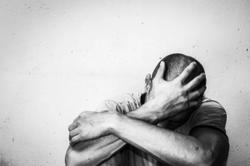