A new generation of healthcare Web sites is connecting patients to each other, allowing them to share information and advice on virtually any medical condition. Despite concerns over some sites' accuracy and credibility, physicians are encouraged to accept, even embrace the trend.

The Internet has become such a central part of modern life that most physicians are accustomed to patients coming into their offices with thick printouts of information they've found online. Now, a new generation of healthcare Web sites, following the "social networking" model of sites like MySpace and Facebook, is taking online health content to another level.

These interactive Web sites (see Related Links) -- ranging from efforts by medical societies like the American Cancer Society and the National MS Society, to venture capital-backed startups with names like OrganizedWisdom, DailyStrength and Revolution Health -- not only provide expert medical content, but also connect patients to each other through disease-specific online communities, virtual support groups, real-time Web chats, and other features whereby patients share experiences and advice, and even rate their doctors.

Many of the sites feature educational videos and health-assessment quizzes. Others offer an online "personal health record," along with tools that track patients' health goals (such as blood sugar and exercise goals) or send users e-mailed reminders to get recommended health screenings. As these sites move into the mainstream, they're affecting how patients get health information and advice, how they manage their medical conditions, and how they interact with their doctors.

'Fundamental change' for doctors
"Doctors are having to change the way they practice, from being the sole providers of care to guiding patients and interpreting information for them. That represents a fundamental change in the way doctors and patients interact," says Len Lichtenfeld, MD, deputy chief medical officer of the American Cancer Society.

The society's Web site, cancer.org -- which has long offered features like e-mail message boards and online chat rooms -- recently added new features including e-mailed health-screening reminders, virtual communities around specific cancers, and private online networks where patients can keep friends and family updated on their treatment and prognosis. In addition, cancer.org is exploring the concept of a "Cancer Wiki," a feature that would allow healthcare providers and patient-advocacy organizations around the country to list cancer-related services they offer (such as wellness classes or support groups) and would allow patients to post comments on their experiences with those services.

Lichtenfeld -- who authors a blog on new cancer developments for the Cancer Society's Web site -- believes online social-networking in healthcare isn't merely a passing fad. "To think that medicine isn't going to move in this direction is to deny the obvious. These communities will continue to grow," he says. According to a recently released report by Jupiter Research, in fact, 34 percent of adult online users (54 million people) in the United States connected to others online or to content that others created online about health issues in the past year.

"These online health connectors are highly interactive and trust one another, representing a significant threat and opportunity among health stakeholders," according to the report, "Online Health: Assessing the Risk and Opportunity of Social and One-to-one Media", which was based on an online survey of 2,318 adult online users in the U.S. The report predicts that the use of health-focused online social media will grow, due to increased health consumerism, the increasing number and quality of health-focused Web sites, and the fact that consumer-created health content is increasingly designed to be found through search engines such as Google and Yahoo.

Helping patients make better decisions
While those familiar with the new healthcare Web sites acknowledge that the sites' accuracy and credibility are key concerns, they say physicians should not just accept the trend but embrace it -- by becoming familiar with the Web sites, recommending the highest-quality examples to their patients, and creating their own online profiles to share with patients. Physicians can thereby direct patients to helpful Web sites and steer them away from dubious ones -- such as sites that have a commercial interest in promoting a particular drug or medical device.

Supporters of the social-networking trend say that getting helpful information, advice and support in the non-threatening environment of the Web can help patients become less fearful and better able to manage their health. "The ability to find and share wisdom with other patients about their condition, gives people the ability to make better healthcare decisions," says Howard Krein, MD, PhD, a head and neck surgeon in Richmond, Va., who serves as chief medical officer of OrganizedWisdom. The Web site, launched in October 2006, hosts online communities for 35 major medical conditions and provides a structured format for patients' experiences and advice through "Wisdom Cards." Another area of the site provides clinically reviewed content from medical publisher Healthwise.

Say a doctor recommends an insulin pump for a newly diagnosed diabetic, Krein explains. "The patient has no idea what that is, so it can be scary for them. In that case, going to an online community and being in contact with others who have the same thing happening to them can be reassuring." According to the Jupiter Research report, among those who used the Internet to connect with others about health issues, 31 percent said they did so "to research other consumers' knowledge and experiences" and 27 percent did so "to learn skills or get education that helps me manage a condition."

Richard Neill, MD, a family-medicine practitioner in Philadelphia and vice chair of the University of Pennyslvania's Department of Family Medicine and Community Health, has seen firsthand how online social networking can empower patients to take better care of themselves. He cites a longtime patient with multiple sclerosis who participates in National MS Society forums, both online and in person. (MSWorld.org, created in partnership with the MS society, provides online chats, message boards and a resource center for those with multiple sclerosis.) "She's benefited in a huge way from those interactions, in the information and support she's received," says Neill, a self-described "computer geek" who regularly communicates with patients by e-mail.

Another of Neill's patients, a woman with fibromyalgia, routinely brings him printouts from online chats she's participated in, which offer coping strategies and information on new treatments. "It's great -- I love the fact that she brings this stuff to me so we can talk about it."

Misleading information a key concern
But Neill points out that some of the treatments discussed in the online forum are herbs that haven't been scientifically evaluated and are likely useless, if not harmful. "I told her, 'Don't waste your money on that stuff.'" As this case illustrates, even those who see value in the new Web sites are concerned about their potential to disseminate inaccurate or misleading information.

"There are all kinds of bogus Web sites out there making ridiculous claims," Krein cautions. " 'Buy this product and it'll cure your disease!' " Compounding the problem, fully three-quarters of consumers who search for medical information online say they "only sometimes," "hardly ever" or "never" check the date and original source of the information they find, according to a 2006 report from the Pew Internet & American Life Project. The report found that 80 percent of American Internet users, or some 113 million adults, have searched for information on at least one of 17 major health topics.

Staff, users monitor content
To address concerns around accuracy, several of the social-networking healthcare sites have editorial staffs and physician advisers who monitor users' postings and remove content deemed inaccurate or inappropriate. On cancer.org, for example, all user-generated content is reviewed, and 5-10 postings have been removed in recent months because they promoted unfounded claims about cancer treatments, says Adam Pellegrini, the cancer society's director of online strategy.

Other Web sites give users a role in helping to weed out suspect content. OrganizedWisdom, for example, does not edit its user-generated content, but if any "Wisdom Card" is flagged by a user as raising a concern, the card is reviewed by a clinician and deleted if necessary, says company president and co-founder Unity Stoakes. (Only one card on the site has been removed so far, Stoakes says, because it was incomplete and confusing.)

"The community plays an important role in determining if the information is seen as credible," Stoakes said. "Based on feedback from patients and physicians, we're building additional safeguards to help keep the content safe, credible and accurate," he added.

Promoting 'online prescriptions'
Such assurances aren't enough for some in the medical community. "I personally think there's a danger in people getting medical advice online from someone they've never met," says Robert Harnsberger, vice president and chief operating officer of the American College of Physicians Foundation. "We don't give out information unless it's evidence-based."

To promote Information Rx, the foundation sent all ACP members customized "online prescription pads" with MedlinePlus.gov and a specific searchable medical topic printed on them, to hand to patients. "Our members were very happy to find a one-stop-shop Web site with evidence-based, non-commercial information," Harnsberger says. Turning to such online resources can be a helpful supplement to information discussed in the doctor's office, particularly given research showing that patients forget or fail to understand a good deal of what their doctors tell them. As discussed in a January 30 New York Times article, poor "health literacy" is a growing concern, and leads to poor medication adherence, worse control of chronic health conditions, and more emergency-room visits.

Benefits of emotional support
Aside from medical information found online, observers say social-networking around health issues is valuable for the emotional support it offers. (According to the Jupiter Research report, 17 percent of "online health connectors" said they used the Internet "to get emotional support" for a health condition.)

"A sense of connection with others is central to anyone's well-being, especially if they're sick," says Neal Kaufman, MD, professor of pediatrics and public health at the UCLA School of Medicine. Citing research on the benefits of patient-support networks, he says connections made online can contribute to better clinical outcomes. "This isn't just touchy-feely stuff; it can have a real impact."

Kaufman is an unpaid adviser to the Starlight Starbright Children's Foundation, a nonprofit that provides support services for seriously ill children and their families. He is also a proponent of Starbright World, a Web site created by the foundation which provides online communities for teens with a range of diseases, from cancer to Crohn's disease to sickle cell disease. Using animated videos and games (including the Sickle Cell Slime-O-Rama Game), Starbright World offers age-appropriate information on the various diseases, and it encourages seriously ill youths to discuss the special challenges they face -- such as dealing with social isolation or appearance changes related to their disease.

Kaufman has seen that connecting with other patients online gives a big boost to chronically ill children, who crave a sense of belonging and feeling normal. It's particularly beneficial for youths with rare diseases, he notes, since they otherwise might not get to meet anyone else with their disease.

Not a replacement for the doctor
Acknowledging concerns that patients might pursue treatments or make healthcare decisions based solely on online advice, those involved with the new Web sites emphasize that the sites are meant to complement -- not replace -- the doctor-patient relationship. Most of the sites prominently display language stating that they cannot substitute for a physician's guidance, and urging patients to discuss questions or concerns with their doctor.

"We're not here to replace the doctor," Lichtenfeld says. "We're here to support the doctor, to serve as a backup" -- a place patients can turn to for information and support once they leave the doctor's office. He adds that "If I ever had cancer, God forbid, I'd consider putting my information up there on our site. I imagine it would give me positive support at a difficult time."

Have comments or questions on this article? Please e-mail the author, Sara Selis, at sselis@cmp.com.

About Pain: 10 Things You Should Know 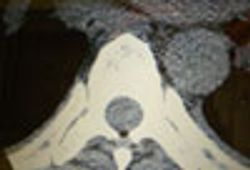 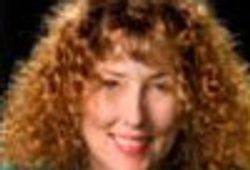