WEST CHESTER, Pa. -- Hormone therapy had no significant effects on the memory or concentration complaints of women shortly after menopause, according to investigators here.

WEST CHESTER, Pa., Sept. 24 -- Hormone therapy had no significant effects on the cognitive performance of women shortly after menopause, according to investigators here.

Among 180 recently postmenopausal women with memory or concentration complaints, those randomized to hormone therapy for four months had significantly increased sexual desire and thoughts, but no difference in cognition, reported Michael J. Gast, M.D., Ph.D., of Wyeth Pharmaceuticals, and colleagues in the Sept. 25 issue of Neurology.

The pilot study, called the Cognitive Complaints in Early Menopause Trial (COGENT), was terminated before the final expected enrollment of 275 patients, following the release of findings from the Women's Health Initiative linking hormone replacement to breast cancer, Dr. Gast and colleagues noted.

Even during the short duration, the authors saw evidence of modest but non-significant negative effects on long- and short-term verbal memory among women on hormonal therapy.

On the plus side, women with vasomotors symptoms who took hormones reported a reduction in symptoms and subjective improvement in quality of life, but these measures, too, were not significantly different from placebo.

The decline in enrollment coinciding with the publication of the WHI study effectively sealed the fate of the COGENT study, the authors noted.

"Although this is the largest randomized trial to date of hormonal therapy and cognition in recently menopausal women, the lower than expected participation likely rendered this study underpowered to decisively distinguish between hormonal therapy effects versus placebo (effect size 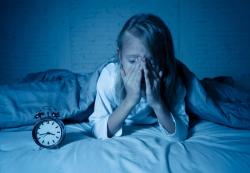 Sleep & Obesity: How to Prescribe Better Sleep for Patients