WASHINGTON -- Mississippi has exceeded the 30% obesity rate, the first time any state's population has done so, reported a health advocacy group. But 19 other states with large obese populations are not far behind.

WASHINGTON, Aug. 28 -- Mississippi has exceeded the 30% obesity rate for adults, the first time any state's population has done so, reported a health advocacy group. But 19 other states with large obese populations are not far behind.

In the report from the Trust for America's Health, adult obesity rates in 31 states increased significantly over the past two years, and no state had a decline.

One-fourth of all adults in 19 states are now obese, and in Mississippi nearly one in three adults has a body mass index higher than 30, reported Jeffrey Levi, Ph.D., and colleagues.

Southern states accounted for 10 of the top 15 heaviest states. The south also had the highest rates of type 2 diabetes and hypertension (nine of 10 states) and the highest level of people reporting that they do not engage in physical activity (seven of the top 10 states), the authors noted in F as in Fat: How Obesity Policies are Failing in America.

Even in Colorado, the leanest state, and in Massachusetts, there second leanest, there were statistically significant increases in the avoirdupois of the citizenry from 2003-2005 to 2004-2006.

"We find this report to be a devastating indictment: our nation is in the middle of a public health crisis that is still deteriorating rapidly. Unfortunately, we're treating it like a mere inconvenience instead of the emergency that it is," said James S. Marks, M.D., of the Robert Wood Johnson Foundation, at a briefing in which the key findings of the report were discussed.

Not surprisingly, the rise in adult obesity rates is accompanied by growing childhood overweight and obesity rates. In the District of Columbia, for example, 22.8% of children from the ages of 10 to 17 are overweight (BMI above the 95th percentile), compared with 8.5% of children in Utah, the state with lowest proportion of overweight kids.

Other key findings of the report included:

The report also contained results of an opinion poll conducted in July 2007 of American attitudes and understanding of obesity. Results from the poll, with a margin of error of 3.1%, included the finding that 81% of Americans "believe that the government should have a role in addressing the obesity crisis," the authors noted. "Majorities strongly support government working on proposals to expand education programs about healthy living, provide low-cost access to exercise programs, and reduce the marketing of unhealthy foods."

They also found that a majority of parents of children under age 18 (55%) said that school lunches are sufficiently nutritious, more than two-thirds said that children do not participate in adequate amounts of physical activity during the school day or engage in enough physical activity outside of school, and 60% favored annual measurements of students' BMI with confidential reports to parents or guardians.

The report concluded with recommendations for action, including : 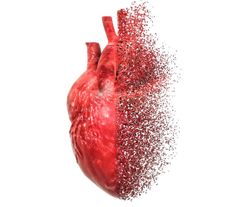