A new analysis showed a near 78% increase in citing safety concerns among parents with HPV vaccine hesitancy, contrary to no observed changes in serious adverse event reporting.

Although human papillomavirus virus (HPV) vaccine adverse event reporting has decreased in recent years, more parents are citing safety concerns when deciding against vaccinating their children, according to a new cross-sectional analysis.

From 2015 to 2018, the proportion of parents who cited safety concerns as their reason for HPV vaccine hesitancy increased 79.9% in 30 US states; however, HPV vaccine adverse events reported during that time decreased, said researchers led by Kalyani Sonawane, PhD, of the University of Texas Health Science Center School of Public Health, in JAMA Network Open.

Caregivers of 39 364 unvaccinated adolescents aged 13-17 years (mean age, 15.57 years) who reported their reasons for not initiating the HPV vaccine in the NIS were included in the analysis. More than half (56.1%) of the adolescents were male, 63% were White, and 79.3% lived above the poverty level.

Additional reasons cited for HPV vaccine hesitancy included “not needed or not necessary,” “lack of knowledge,” “not recommended,” and “not sexually active.”

In an accompanying editorial, Nosayaba Osazuwa-Peters, BDS, PhD, MPH, of Duke University School of Medicine and colleagues, said the study, “is a reminder that there may be more innuendos, half-truths, exaggerated case studies, and propaganda driving concerns about HPV vaccine safety than actual scientific facts.”

“To be clear, social media is not to blame for all concerns about vaccine safety,” added authors. “There has always been resistance to vaccines, dating back to the polio vaccine and even before that.”

The current analysis had a few limitations. Adolescents in the NIS were of age to receive HPV vaccine and therefore the results may not be generalizable to other age groups. Also, adverse events in the VAERS database are spontaneously reported and often lack relevant accompanying data, which can lead to reporting bias. 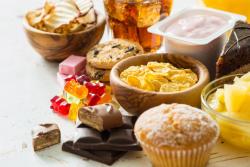