Patients with migraine accompanied by depression or anxiety disorders had greater improvements in headache-related disability than those without a psychiatric disorder, according to results of the Treatment of Severe Migraine trial.

Patients with migraine accompanied by depression or anxiety disorders had greater improvements in headache-related disability than those without a psychiatric disorder, according to results of the Treatment of Severe Migraine trial.1 Before this study, it was commonly assumed that patients with migraine and a psychiatric comorbidity do not fare as well during treatment, said Elizabeth Seng, MS, a graduate student at Ohio University in Athens, who presented the results at the International Headache Congress in Philadelphia. “Physicians should be encouraged by this new information: there is hope for their patients who present with psychiatric comorbidity,” said Seng in an interview with Consultant. “Even though their migraines are more severe and disabling initially, they respond even better to treatment than individuals without psychiatric comorbidity.”

In this study, 232 patients with severe migraine were treated with optimal acute medication for 1 month. After this period of treatment, patients were randomized into one of the following groups: placebo, propranolol, behavioral migraine management (BMM), and placebo, or BMM and propranolol. Patients received behavioral treatment as well as dose adjustment within a 4-month period and were later evaluated after 1 year.

The patients with psychiatric comorbidity may have showed greater improvement in headache-related disability because they had more room to improve, said Seng. “It is important for health care providers who treat migraine to know how initial psychiatric comorbidity can impact their treatment decisions and patient outcomes,” she said. “This can be a more difficult patient population to work with, but the benefits for the patients are substantial.” 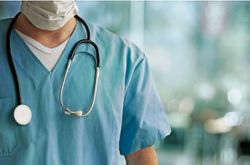