The incidence of suicide was higher among physicians than the general population and affected female physicians significantly more than male physicians, according to a new study published in the April issue of Psychiatry Research.

“The medical practice has undergone numerous and important changes since its beginnings as a liberal profession up until the present. In some way, doctors have experienced a reduction in their autonomy by the increase in administrative tasks and health care pressure,” wrote authors led by Maria Irigoyen-Otiñano, MD, of the University Hospital Santa Maria, in Lerida, Spain.

The data relating to the deaths of physicians were extracted from the databases of the General Council of Official Medical Associations and data related to the general population were obtained from the National Institute of Statistics, according to the study. The variables included in the analysis were gender, age, specialty, place of residence and death, and causes of death according to the International Classification of Diseases 10th Revision (ICD-10).

According to the study results, the annual mean of physician deaths was 918, with an annual crude rate of 4.8 per 1000 registered physicians. Researchers found that the average rate of suicide was significantly higher among physicians (1.3%) than the general population (0.8%) (p=.003).

Rates of death by suicide were higher among women (3708 per 100 000 deaths) than men (983 per 100 000 deaths), according to the study. Also, female physicians had a suicide rate 7.5% higher than women from the general population, although Irigoyen-Otiñano et al noted that the difference was not significant (p=.107).

“The findings obtained, in short, suggest emphasizing the prevention of suicidal behavior in physicians and implementing specific measures for this purpose,” concluded investigators. 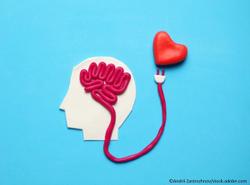