Results of a large survey show that many patients with cluster headaches (CH) are not receiving treatment with acute and preventive therapies.

Results of a large survey show that many patients with cluster headaches (CH) are not receiving treatment with acute and preventive therapies. This may lead to job loss and disability, according to a study led by Todd Rozen, MD, director of the headache program at Geisinger Health System in Danville, Pennsylvania.1,2 The results of a survey of clinical, epidemiological, and economic issues in patients with CH were presented at the International Headache Congress in Philadelphia.

While sumatriptan injections and oxygen have been demonstrated to be effective treatments for CH, 52% of respondents had never been treated with sumitriptan. While 93% were aware that oxygen is considered to be an acute therapy of choice for CH, 34% had never tried this treatment. This therapy was reported to be effective in 70% of respondents, but only 50% had tried this treatment alone to abort CH.

Of note, 44% had to first suggest oxygen therapy to their physician before it was prescribed. General practitioners, general neurologists, and headache specialists were found to prescribe oxygen therapy in equal numbers.

There were a number of additional barriers to oxygen therapy: 44% of patients or physicians had to submit medical literature to insurance companies for reimbursement, and only 64% of insurers covered oxygen therapy for CH. Half of the patients who had used oxygen had not been trained in the proper use of oxygen cylinder equipment or oxygen mask. In addition, only 45% of prescriptions included information on specified oxygen flow rate.

As a result of CH symptoms, about 17% of respondents had lost their job and an additional 9% had such severe symptoms that they were forced to quit work or go on disability. About 50% of all patients surveyed were not seeing a neurologist. Only 8% of all responders had a greater occipital nerve block. The majority of patients (70%) found that most preventives were not effective. However, 37% had not tried verapamil, and more than 70% had not been treated with lithium, valproic acid, gabapentin, methysergide, methylergonovine, or topiramate.

Rozen also reported that a primary care physician or a neurologist who was not a headache specialist often made the diagnosis  of CH. The average time to correct diagnosis varied from within 1 year in 25% of patients to 10 years or more in 22% of patients. 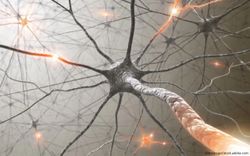 Anosmia, Other Neurologic Symptoms Seen in Half of COVID-19 Patients at ED Presentation 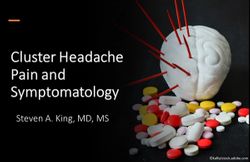