That estimate was based on a cross-sectional analysis of data from 2,126 men who participated in the NHANES survey, Dr. Selvin reported in the February issue of the American Journal of Medicine.

Not surprisingly, prevalence of erectile dysfunction increased with age-just 5% in men 20 to 40 versus 70% in men 70 or older, Dr. Selvin reported in the February issue of the American Journal of Medicine.

Erectile dysfunction was assessed using a single question during a computer-assisted, self-interview, which was conducted in a private room.

Aggressive management of hypertension as well as diabetes might also reduce symptoms, she said.

Several limitations of the study were noted by the authors. Data on erectile dysfunction were self-reported, and some men may have been receiving treatment for the condition, they said. As a result, the estimates may underestimate the magnitude of the problem and associations in the U.S. population. Also, the cross-sectional nature of the NHANES limits conclusions about direction or causality of associations. 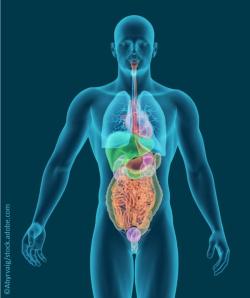