Sample: In 2017, >70 200 drug overdose deaths occurred in the US. Approximately what percentage of those deaths involved an opioid?

And the use of many other substances, including alcohol, cannabis, amphetamines, and nicotine, adds to the significant potential for abuse, overdose, and death. Take this brief quiz to test your knowledge of the latest developments and research findings regarding substance use and abuse.

Question 1. Which of the above substance use disorders was most prevalent worldwide in 2016?

Question 2. Which of the above are criteria in the definition of drug dependence?

Answer: D. All of the above. A strong desire to take the substance, impaired control over use, and withdrawal syndrome on ceasing or reducing use are all criteria for drug dependence. Other criteria include tolerance to the drug’s effects; a disproportionate amount of time spent obtaining, using, and recovering from drug use; and continuing to take drugs even with the problems. The definition of dependence requires that at least 3 of these criteria be met.

Question 3. In 2017, >70 200 drug overdose deaths occurred in the US. Approximately what percentage of those deaths involved an opioid?

Question 4. By 2025 in the US, what percentage of opioid overdose deaths are predicted to be attributable to illicit opioids?

Question 5. True or false? Knowledge of proper prescribing of transmucosal immediate-release fentanyl (TIRF) is low, but rates of inappropriate use are high.

Answer: B. False. In an FDA Risk Evaluation and Mitigation Strategy program review, 86.1% of pharmacists, 87.4% of prescribers, and 90.6% of patients correctly reported that TIRFs are contraindicated in opioid-nontolerant patients at 12 months, but 34.6%-55.4% of the patients prescribed TIRFs were opioid-nontolerant at 60 months.

Question 6. True or false? In a phase 3 trial, extended-release buprenorphine (BUP-XR) was more effective for opioid use disorder vs placebo.

Answer: C. Higher. The prevalence of psychotic disorders in methamphetamine-dependent study subjects was greater in those with occasional ketamine use and in those with ketamine abuse or dependence vs those who had not used ketamine.

Question 8. A recent study found which of the above motives to be the unique predictor of future adolescent binge drinking?

Answer: B. Enhancement. In a longitudinal study of Belgian adolescents aged 12-15 years, the search for the enjoyable sensations felt when drinking, enhancement motivation, was found to be the unique predictor of future binge drinking.

Question 9. In a recent study, which approach to smoking cessation was most effective?

Question 10. What percentage of medical cannabis users in a recent study reported that they had stopped taking a pharmaceutical drug?

Answer: C. 42%. In a recent University of Michigan study, 42% of medical cannabis patients said they stopped taking pharmaceutical drugs. In addition, 38% reported less drug use with the medical use of cannabis and 30% reported that their mainstream healthcare provider did not know they used medical cannabis. 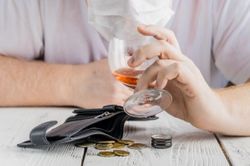 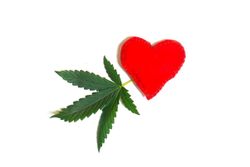 New Review Urges Screening for Cannabis Use in Heart Patients