The approval represents the first new treatment for generalized systemic lupus erythematosus in over a decade.

The US Food and Drug Administration (FDA) has approved anifrolumab-fnia (Saphnelo™, AstraZeneca), a first-in-class type I interferon receptor antagonist for the treatment of adults with moderate-to-severe systemic lupus erythematosus (SLE) who are receiving standard therapy.

The approval—which represents the first new treatment for generalized SLE in over a decade—was based on efficacy and safety data from the SAPHNELO clinical development program, which included the TULIP-2 and TULIP-1 phase 3 trials and the MUSE phase 2 trial, according to an AstraZeneca press release.

Results from all 3 clinical trials showed more patients receiving anifrolumab experienced a decrease in overall disease activity across organ systems, including skin and joints, and achieved sustained reduction in oral corticosteroid use compared to placebo, with both groups receiving standard therapy.

"Today’s approval of anifrolumab represents a big step forward for the entire lupus community. Physicians will now be able to offer an effective new treatment that has produced significant improvements in overall disease activity, while reducing corticosteroid use," said Richard Furie, MD, principal investigator in the SAPHNELO clinical development program, in the press release.

According to the full prescribing information, anifrolumab is administered as an intravenous infusion every 4 weeks.

Anifrolumab is not recommended for patients with severe active lupus nephritis or severe active central nervous system lupus as the efficacy of anifrolumab has not been evaluated, according to the release.

Anifrolubmab is currently under regulatory review for SLE in the EU and Japan. Subcutaneous delivery is being evaluated in a phase 3 trial in SLE and additional phase 3 trials are planned for lupus nephritis, cutaneous lupus erythematosus and myositis. 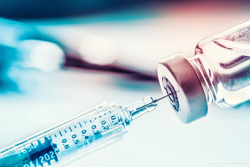 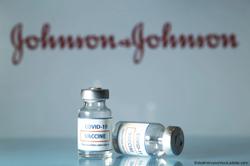