A novel inhaled fixed-dose combination of albuterol and budesonide met all primary endpoints in 2 phase 3 clinical trials, demonstrating statistically significant benefits in patients with asthma compared to use of either of the individual components alone. The positive high-level results, announced by co-developers AstraZeneca (AZ) and Avillion, were seen at both the 180/160µg and 180/80µg doses of PT027, according to an AZ press release.

The randomized, double-blind MANDALA trial investigated the efficacy and safety of PT027 vs albuterol (180µg) on time to first severe asthma exacerbation in 3,132 participants. The trial met the primary endpoint with the albuterol/budesonide combination resulting in a statistically significant and clinically meaningful reduction in the risk of severe exacerbations vs albuterol, when used as rescue medication to treat symptoms. Participants had moderate to severe asthma and were prescribed maintenance inhaled corticosteroid (ICS) therapy with or without as-needed controller medication.

The DENALI trial included 1001 patients, also with mild-to-moderate asthma, who previously were treated either with a short-acting beta agonist as needed alone or in addition to low-dose maintenance ICS therapy. Denali assessed efficacy and safety of PT027 vs its individual components on lung function improvement. The trial met its dual primary endpoints, with PT027 showing a statistically significant improvement in lung function measured by forced expiratory volume in one second, compared to the individual components albuterol and budesonide, and compared to placebo.

“Severe asthma exacerbations are a significant burden for many asthma patients of all ages resulting in impaired quality of life, hospitalization, treatment with systemic corticosteroids which can lead to serious side effects, and the possibility of premature death,” said Bradley E Chipps, MD, past president of the American College of Allergy, Asthma, and Immunology and medical director of Capital Allergy & Respiratory Disease Center in Sacramento in the press statement. “Many millions of patients globally rely on their rescue inhaler to alleviate acute symptoms, but this does not treat the underlying inflammation in asthma.”

“All patients with asthma are at risk of severe exacerbations, regardless of their disease severity and many are known to overuse short-acting bronchodilators,” said Mene Pangalos, executive vice president, AZ BioPharmaceuticals R&D. “These exciting results with PT027 bring us one step closer to providing an innovative and superior treatment approach for asthma by preventing exacerbations.”

The safety and tolerability of the potentially first-in-class PT027 inhaler were consistent with the established profiles of the components. AstraZeneca states that Detailed data from MANDALA and DENALI will be presented at an upcoming medical meeting. 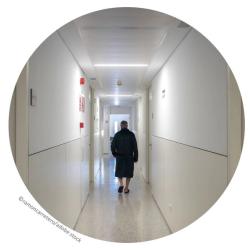 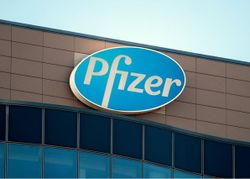