Progressively worsening nasal congestion and headaches with diplopia and left proptosis for 2 months prompted an ophthalmology consultation for a 67-year-old woman. She had been evaluated multiple times for allergic rhinitis and recurrent sinusitis.

Progressively worsening nasal congestion and headaches with diplopia and left proptosis for 2 months prompted an ophthalmology consultation for a 67-year-old woman. She had been evaluated multiple times for allergic rhinitis and recurrent sinusitis.

The patient had moderate proptosis; extraocular motions of the left eye were restricted in all directions. She had no lymphadenopathy. Oropharynx was visually unremarkable; however, fiberoptic nasopharyngoscopy revealed a posterior superior nasal cavity mass. A contrast CT scan of the head showed a large mass lesion at the level of the ethmoid sinus, eroding into the left orbit and displacing the left globe (A).

MRI of the head showed a 5.3 x 4.2 x 4.2-cm enhancing mass at the base of the brain that extended into the nasal cavity, with erosion into the cribriform plate, ethmoid sinuses, and planum sphenoidale. Results of an ethmoid sinus mass biopsy confirmed high-grade diffuse large B-cell lymphoma. Staging CT scans showed no metastatic disease, and cerebrospinal fluid analysis revealed no malignant cells. A bone marrow biopsy specimen showed no evidence of light chain monoclonality, no overt evidence of B-cell lymphoproliferative disorder on flow cytometry analysis, and no lymphoma. This was consistent with stage IAE disease.

Paranasal and sinus cavity lymphomas are rare presentations of extranodal disease; they represent fewer than 0.2% of all malignant lymphomas1 and only 1.5% of non-Hodgkin lymphomas.2 They usually go unrecognized until advanced symptomatic presentations.

Sinonasal lymphomas are either of B- or T-cell histology; the former represent most cases in the Western Hemisphere. B-cell sinonasal lymphomas usually occur in the sinus cavities, where nasal obstruction and discharge, unilateral facial swelling, and pain are frequent early manifestations. T-cell sinonasal lymphomas are more often found in the nasopharynx, typically with more inflammation, fibrosis, necrosis, and vascular invasion. The most common cause of death is disseminated disease,3 which is more likely in patients with systemic symptoms, such as fever, malaise, night sweats, and weight loss.

Combined chemotherapy and region-specific consolidation radiation therapy followed by intrathecal chemoprophylaxis, typically with methotrexate and/or cytarabine, provides the best chance for overall survival, because this aggressive type of lymphoma poses a direct threat to the skull base and brain. The cure rates are 68% to 82%, similar to those of localized large cell lymphomas in more common sites.4,5 The strongest predictor of outcome is extent of disease at diagnosis, with CNS dissemination common in later stages.

In this patient, treatment with R-CHOP chemotherapy for 6 cycles resulted in excellent clinical and radiological response (B). 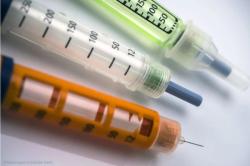